Cargo plane crashes into several luggage carts at the airport

I've seen countless videos of drivers losing control of their vehicles at random on snow-covered roads. However, I've never seen a commercial airline pilot risk a huge freighter out of a taxiway like an SUV on a sloping suburban driveway. That changed on Friday when a Boeing 747F crashed into several luggage carts at Chicago's O'Hare Airport.

Early Friday morning, a Boeing 747-400F cargo plane from China Airlines landed in Chicago after taking off from Taipei, Taiwan, and stopping in Anchorage, Alaska. Upon landing, the Boeing left the snow-covered runway and collided with several luggage carts. CCTV images show the left side of the aircraft wandering around the ground equipment. An unidentified white object is even lifted off the ground and sucked into motor #1.

Videos posted on Twitter show that the #1 and #2 engines and the left landing gear outer door were all damaged. The photos show that the damage is was small. Fortunately, no one was hurt. 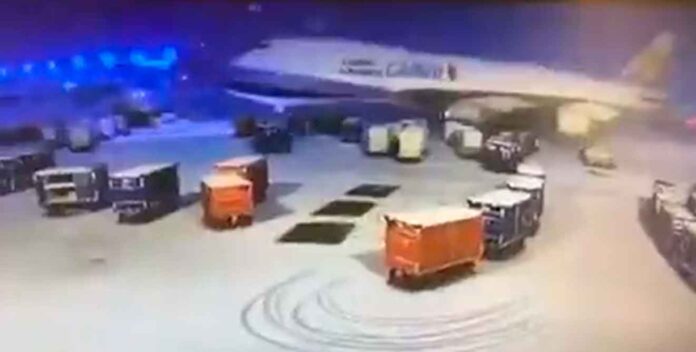 Lightyear 0: Electric car powered by solar energy and with the best aerodynamic force begins to be produced