Fierce to the extreme: Meet the Fiat Uno with R1 engine

Imagine a 1987 Fiat Uno, but with a Yamaha R1 engine, rear-wheel drive, butterfly gearbox, a 1000cc engine that spins at 14,000 RPM and 150hp. This is the "boot" modified by Edson Terra to make any gearhead's dream come true.

About Edson, he's a guy who doesn't accept when someone tells him “that's impossible”. Graduated in Mechanical Engineering, while still in college he won two titles in the Economics Marathon and built the Uno R1 with his own hands.

It all started at an auction in 2008 when he won a beat-up Yamaha YZF – R1 2005. Despite the bad blow that destroyed the fork, the radiator and dented the exhaust manifold, the bike had everything Edson needed to carry out his project: engine, gearbox, etc. They were intact and only a year old.

After two years he bought a 1987 Uno 1.5R. The car was chosen mainly for its low weight – exact 834kg measured on a scale by Edson himself in the 1.5R version and only 780kg in the current Mille version.

The car was soon plucked and cut to shed even more pounds. At the time Edson worked in a company that manufactures racing cars. With the necessary tools in hand, the long process of adapting the bodywork to the new engine began.

A tubular structure was welded which, in addition to increasing the rigidity of the monoblock, helps in safety. The front suspension was adapted and the rear was built practically from scratch, leaving only the trays from the original. Fenix shock absorbers and springs were used.

After that, the car went through two tinkers and new parts were bought to leave the car with the same “face” of the last generation of Mille – headlights, bumpers, fenders, hood and trunk lid. 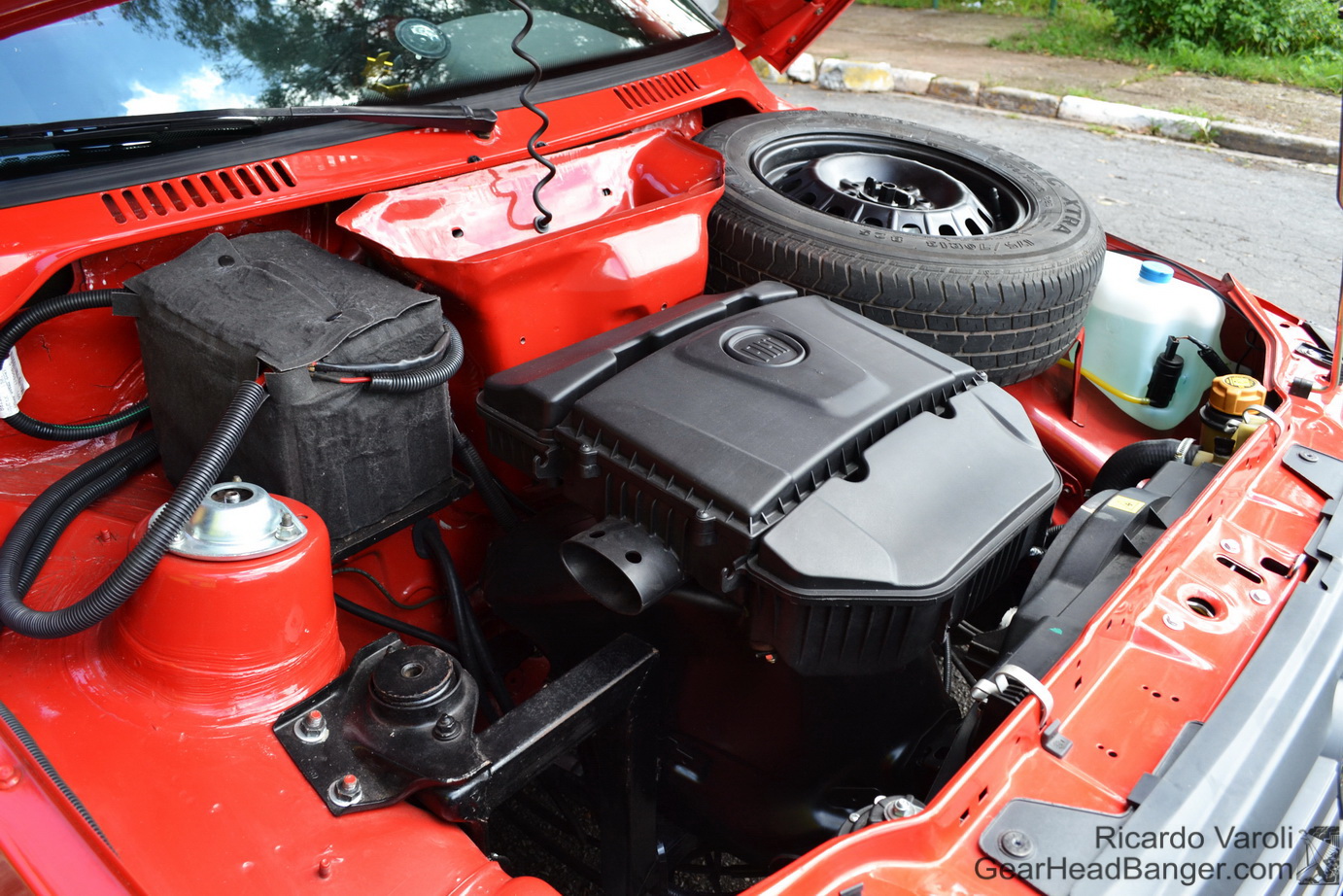 In the Uno's engine safe were: battery and spare tire, the R1's 18-liter tank – with a cover from Fiat's E.torq engines – and the car's original radiator, which is connected to the engine by two ducts.

The engine was placed in a transverse position just behind the front seats. Yamaha's little wonder of 998 cc yields 180 hp (gross) and 10.9 kgf.m of torque. Compared to its original engine, we have almost 100 horsepower more and a loss of 2 kgf.m of torque. The only problem is that the original delivers its maximum torque at 3,500 RPM, while the bike only comes at 10,500 RPM. Edson said that the difficulty in practice is just getting the car out of place, needing to spend a little more on the clutch, but then it's just joy. 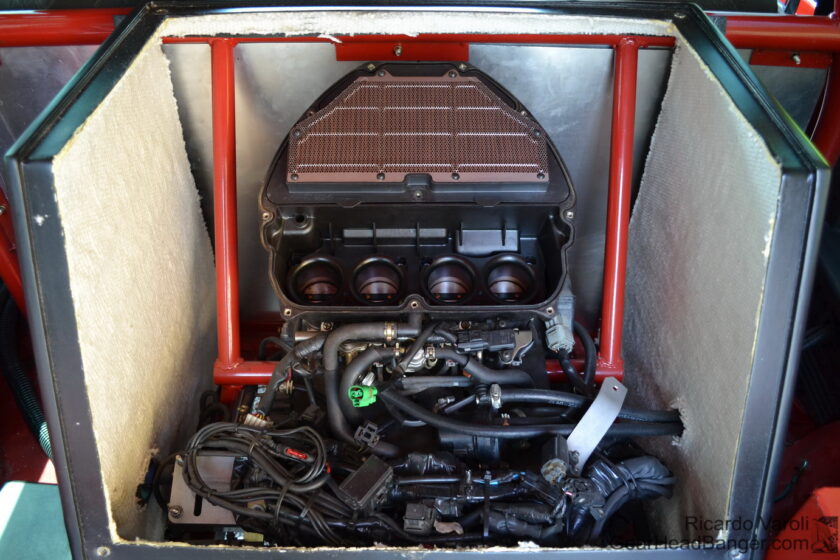 To activate the R1's 6-speed sequential gearbox, an electronic actuator controlled by butterflies on the steering wheel was used, but the clutch pedal was maintained, replacing the bike's lever. There is still a “backup” system activated by two buttons on the panel in case the steering wheel triggers fail or for maneuvers. In the future, a fixed paddle shift system will be installed. It is interesting to note that there is no reverse gear in the car, as well as in the motorcycle, and Edson says that he never missed it.

The drive system continued as in the R1 – sprocket and chain. But now through a planetary gear that serves as a differential and from there to two semi-axles that transfer the power to the rear wheels. The final ratio was further shortened by 30% to compensate for the extra weight.

The wheels chosen are from the Civic 2005 with machining in the hub diameter and painted in white. Always thinking about the weight, they will be replaced by lighter ones. Tires are Pirelli Phantom 195/50 R15 for street and for track days, Toyo Proxes R888 semi slick tires are used in the same size.

The brakes are from Power Brakes with the same diameter as the original Uno disc at the front (now ventilated) and a 260mm disc at the rear, in place of the drum. The Uno Turbo's brake booster combined with a vacuum pump was used to compensate for the lack of vacuum in the motorcycle's engine.

Inside, everything that was not needed was removed, such as linings, console and the gearshift lever. The seats remain original, but will be replaced by Sparco competition ones as well as the 4-point belts. 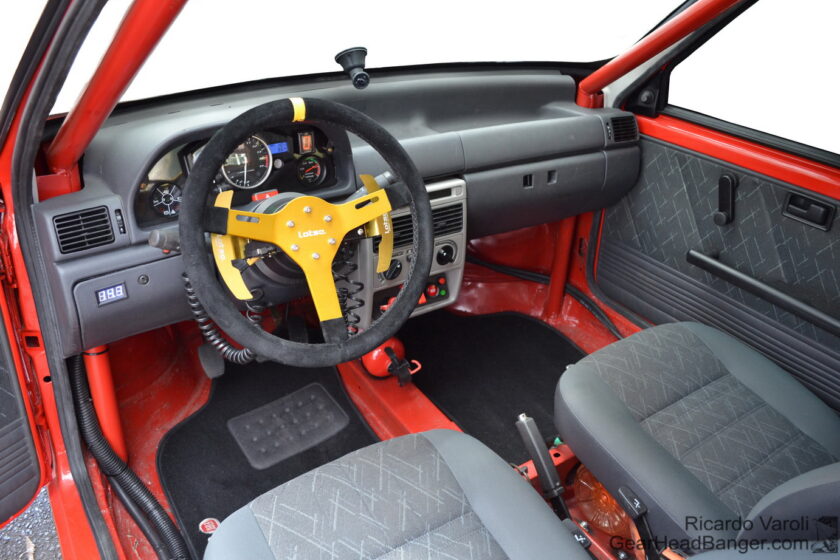 The dashboard is also from Mille 2013, but with modifications. The main instruments came from the R1, with the addition of a vacuum gauge for the brake, Datatool, to indicate the gears and a signal of basic functions (headlights, arrow, etc).

Steering wheel and actuators are from the Lotse brand, Velox and New Step models respectively.

In place of the radio, there are now (from left to right in the photo) main switch, ignition, electric, ignition button. A red button activates the reverse light if necessary (without the gear lever there is no sensor to activate it) and the green button the horn. 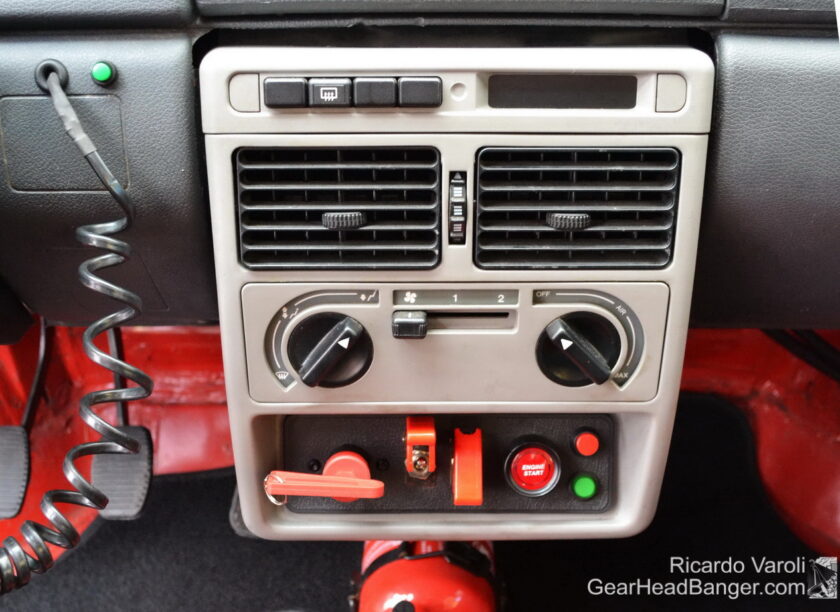 Another nice thing about the car is that it is fully documented with permission to run on the streets, not least, as the car was designed to be used on weekend rides and occasionally on track days.

The car's sound causes some confusion, as we see four wheels and hear the typical high-pitched roar of a motorcycle coming from the exhaust. The car has a muffler to reduce the volume coming from the R1's titanium exhaust that invades the cabin. For the tracks, the damper is removed making a direct and deafening system, it is necessary to wear earplugs inside the car. 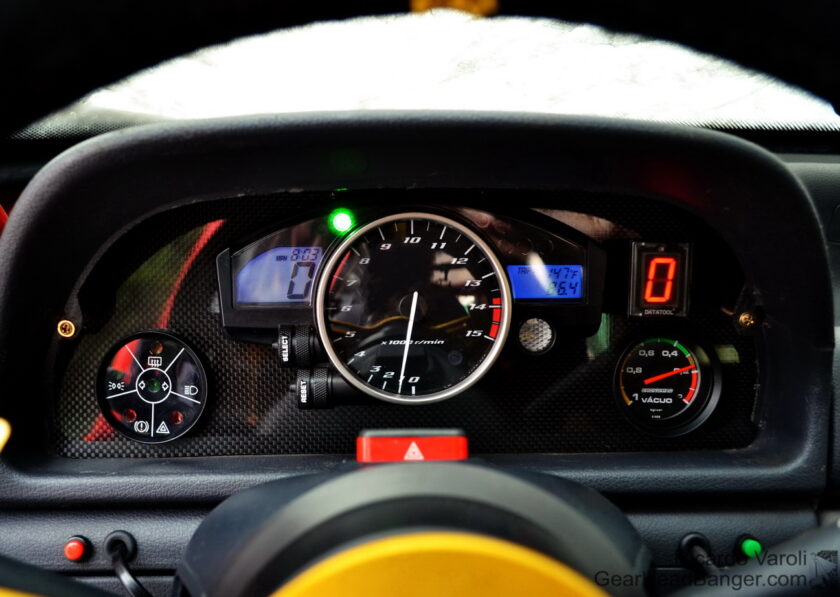 With everything “in the place where it should be” and set to “enthusiastic mode”, the Uno gained a completely different dynamic. For example on the steering wheel, which even without assistance is light, as there is no longer the weight of the engine on top of the front axle. Speaking of weight, Edson estimates between 650 and 700kg, a regime of almost 200 kilos and with a weight division, also estimated, of 50% for each axle. We will soon know exact numbers as the car will be weighed to determine the weight on each wheel.

The whole project may seem insane, and indeed it is. Some may say that he would get more power with the original engine and other guesses more. But the case is that Edson created a Uno with perfect dynamics in its smallest details, thinking about everything based on his great experience and knowledge in mechanics and years of hard work in Fiat's "boot".

The Uno R1 is the epitome of garage gearhead enthusiasm. An inspiration for other aficionados made with the owner's own hands, who showed that when we want, nothing can be impossible. 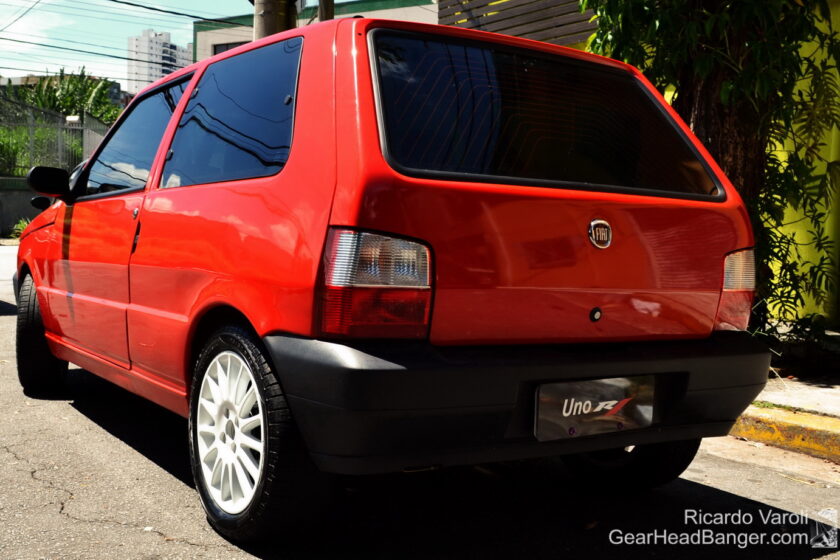 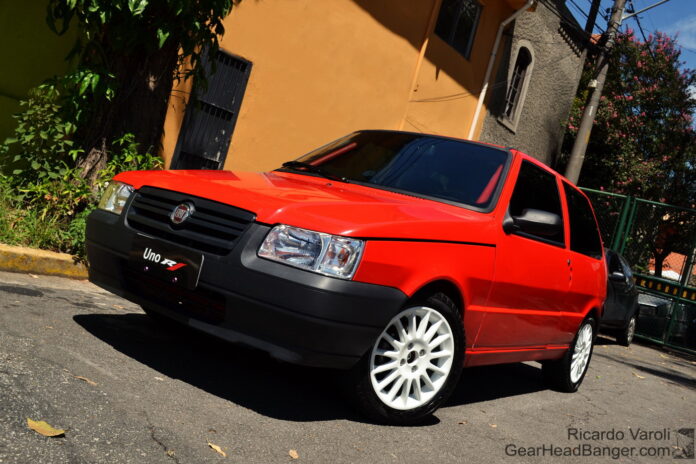