Soon after its production, the German army would discover that the weapon did not work as Hitler thought it would.

Schwerer Gustav's gun was one of the most promising and greatest designs in military history. Just before the outbreak of the Second World War, while the industry military was developing and producing weapons, weapons and vehicles at an exceptional rate, the Gustav rail gun project was proposed. The largest and most powerful weapon ever created was designed in 1937.

Soon after its production, it was discovered that the weapon did not work as Hitler thought it would and, ultimately, the project would fail completely.

A few years before the start of Second World War, the German Army High Command requested a weapon that would be used in the invasion of France. More specifically, the weapon's purpose would be the destruction of the Maginot Line forts that the French were building at this time. The weapon was ordered in 1934 and it was certain from the beginning that due to its enormous mass it would have to be transported by rail.

Among other possible concepts, Hitler chose the project with the 80 cm calibers in 1937 and set 1940 as the project's desired completion date. But, the development faced many different problems. Considering that this weapon weighed 1,350 tons, the practical needs of the project were very demanding. However, the Krupps of Essen (their business was to develop the project) made a successful prototype in 1939 that managed to destroy the walls with the same structure as the French forts. After a year of final development, the last Gustav weapon made its introduction to the army in 1941.

The Nazis ordered two weapons in total, but according to Wikipedia, the Krupp company was only paid for the second one because the Krupp dynasty supported the Nazi regime. The second weapon cost almost US$ 24 million or 7 million Reichsmark. The Gustav had two different fire options: a concrete armor-piercing round and a lighter high-explosive round.

Why did the weapon fail 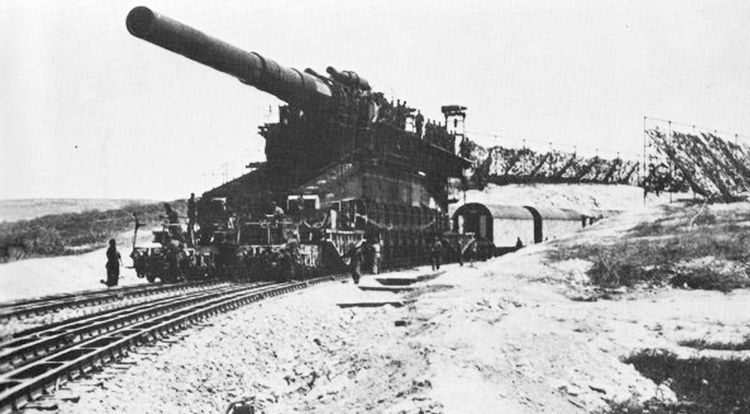 Theoretically, the huge weapon was successful as it could accomplish what it was built for. But in action, the first weapon was used only once in a real battle; In 1942, as part of the siege of Sevastopol, the weapon fired 47 rounds in June and helped in the destruction of the city. After that, the first weapon was transferred to Leningrad, but the planned attack was cancelled. The same situation also happened with the second weapon, as the Germans withdrew from Stalingrad before attacking it.

These two situations weren't just "bad luck for the gun". To transport it to such destinations, a large number of men were needed for its transport, making the entire operation of the weapon difficult. For example, in Sevastopol, it took 4,000 soldiers to get Gustav into firing position and also 500 to make him fire.

The train that powered the weapon had 25 cars and was almost a mile long! Due to its size, the weapon was coming into battle 'too late' and of course the overall operation and deployment of the weapon simply required a lot of hands on deck; was considered an inefficient use of time and manpower. 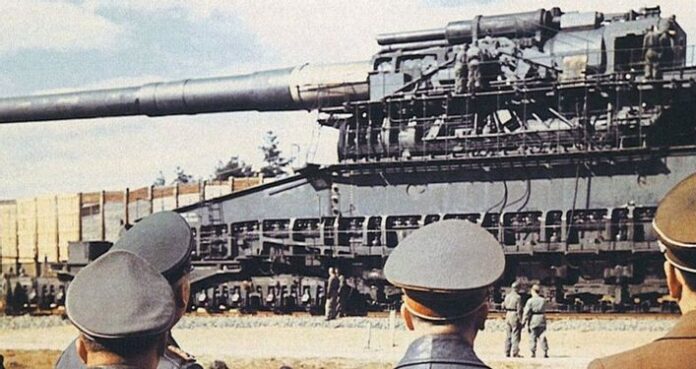