In February 2020, in the middle of the Carnival holiday, Julio received a message from a dear friend, Diego, saying; “Julio, I have something very interesting to present to you and I think it's “your face”! Call me as soon as possible! "

It so happens that at the time, Julio was in a country house, isolated from the world, and I went to see the message only on Ash Wednesday.

I called Diego and he told me what it was about.
Paul's father, Dr. Silveira, renowned Lawyer in the city of São Paulo, had died in 2019 and among the assets, there were some used cars, and also an Opal which he had since new.

Well, for the record, among these cars were 2 Azera's, one 2009 and one 2010, one with 7 and the other with 10,000km. Diego bought the 7,000km one as a gift to his Father who really likes the model.
As Diego's “beach” is not an Automobile, he referred me and put me directly in contact with Paulo to deal with Opal. And so I did…

HISTORY, THE DIPLOMAT...
In 1988 with the brand new line that had just been presented, Dr. Silveira went to a dealership to learn about the changes to the Opala line for that year. In summary; He was delighted and decided to purchase a DIPLOMATA Sedan, 4.1/S with a mechanical transmission in the launch color Blue Atlantis Metallic, powered by Petrol. 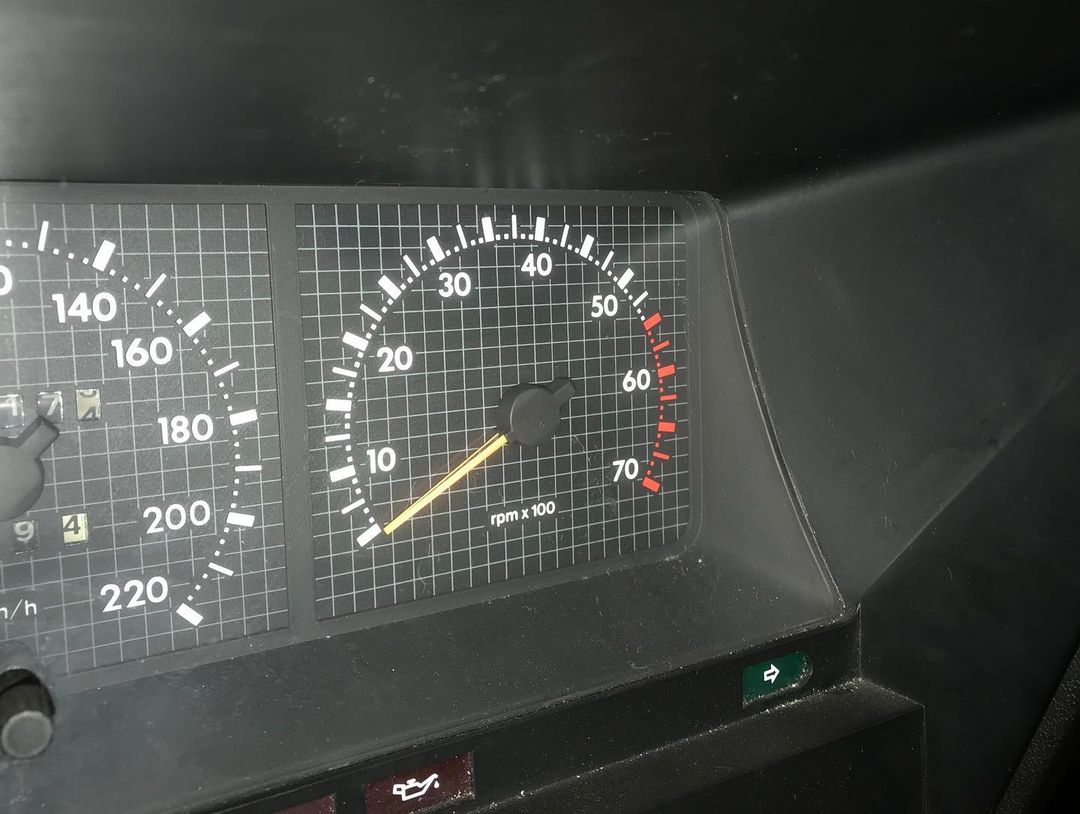 Detail: Dr. Silveira was at his best professional moment, and he had never acquired a 0km car until then. As a gift to himself in celebration of his unblemished career, he bought the Diplomat in the configuration he liked best.

…Paulo says that the Diplomat was used at first as a car to go to the office and serve clients and audiences, but that the main objective was to travel, especially to Campos do Jordão to a house he had to rest on weekends with the family. After that, he bought other more modern cars and kept the Opal, as a symbol of his work that led him to success.

THE GARAGE…
Once the appointment was made in the designated parking lot, Julio went to meet Paulo and the Diplomat, who by the way he hadn't seen him for many years, who didn't even know the current mileage of the car.

Upon arrival, a completely “crazy” scenario for those of us who like it; A building with no less than 23 floors of "drawer", where cars are stored in that parking lot. 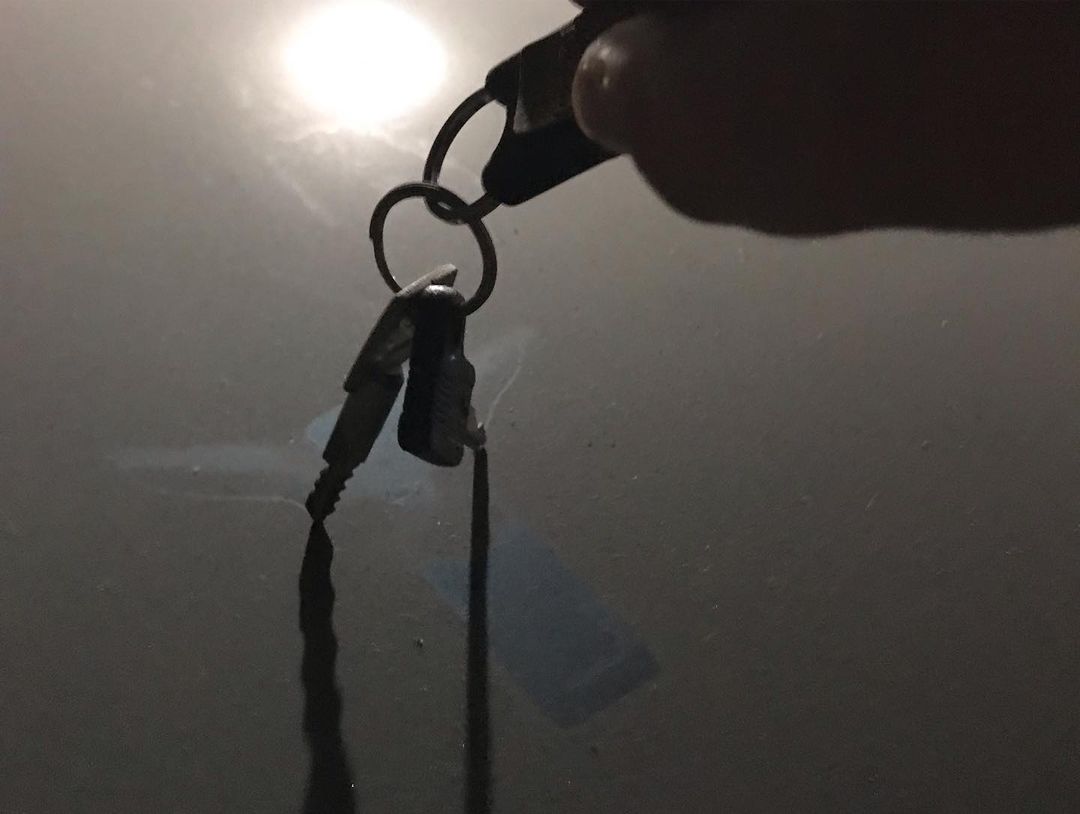 Julio says that he had a movie in his head, that scenario, that dust of years, a dark place but full of different cars (some very interesting), I would say almost a Car Mausoleum….it's crazy cool!

Julio got on an elevator and headed for the car…and when the elevator stopped he almost had a heart attack; There was the Diplomat, with a dust that only, but at the same time protected, with the smell of the period, the keys on the ceiling marked by the dust of the place, a true dream for us Rarity Hunters... 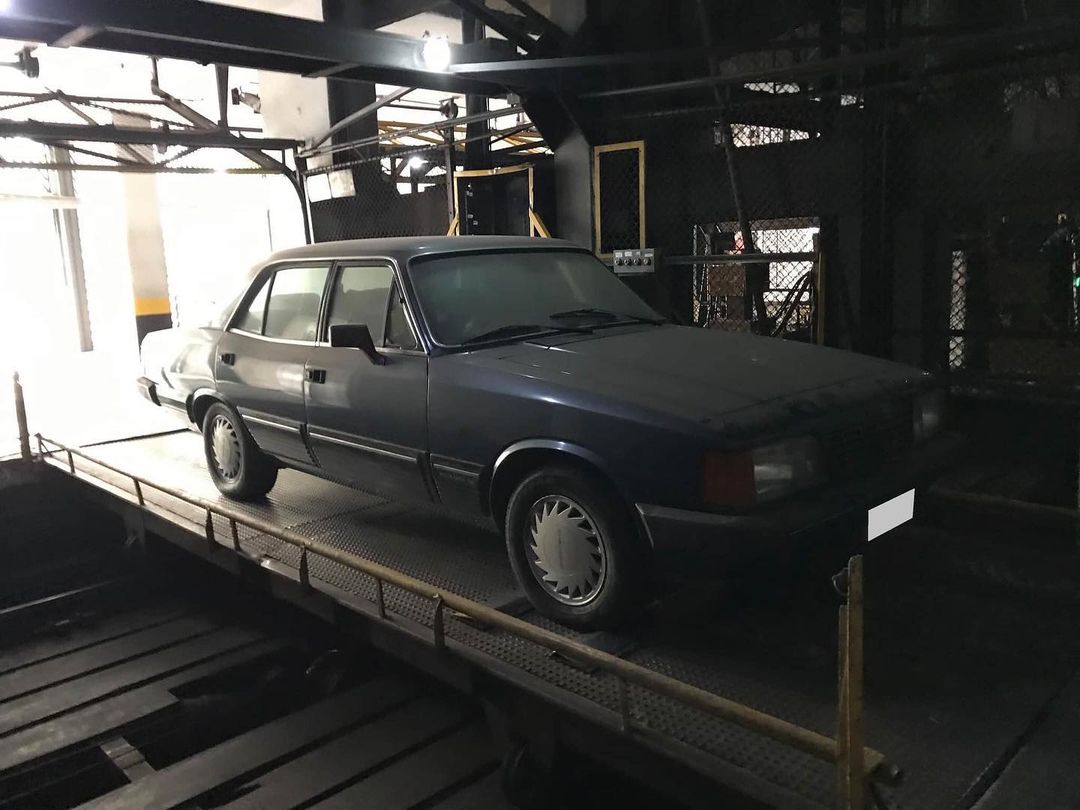 THE CAKE CAKE…
When I get in the car, I immediately see the km; 56,000km, immaculate, beautiful and wonderful, just the way we like it.
Complementing a detail for the most knowledgeable, the year 1988 was the last year as an option for the 250-S Engine (the strongest engine of all times in the Opals, it included mechanical tappets, DFV-446 carburetion, different control, in addition to tachometers marking 7,000 rpm). 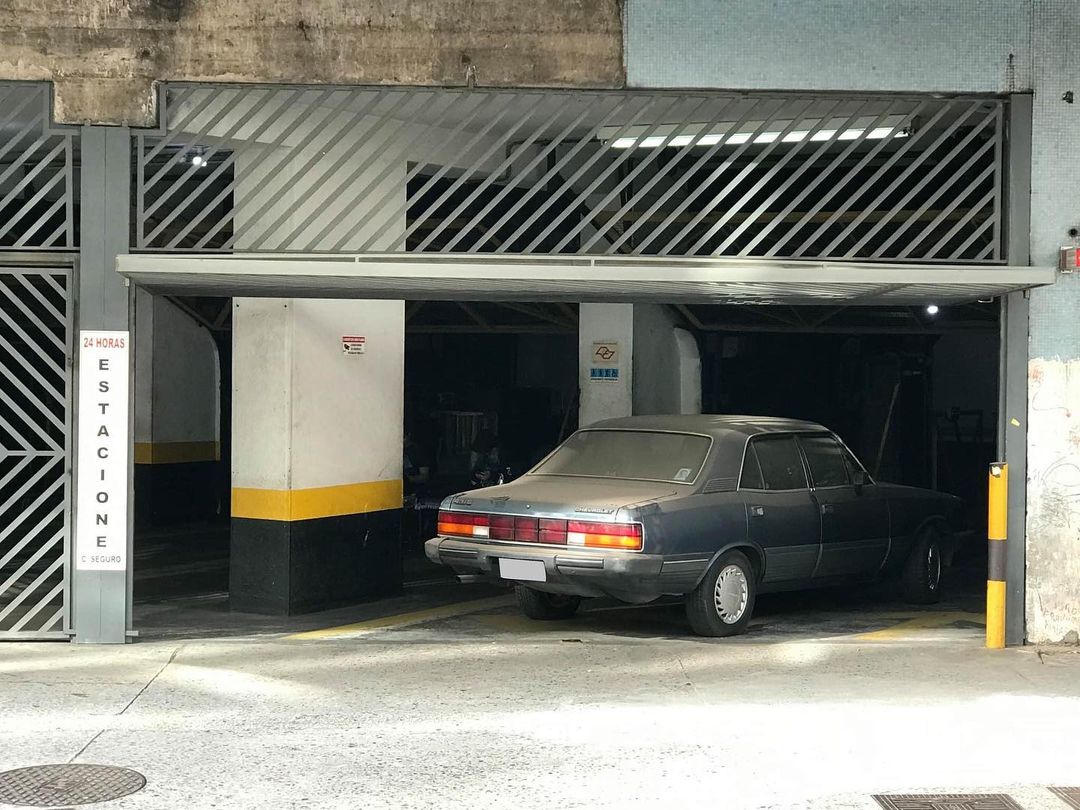 Few know this information, and also very few cars were produced in this configuration. On the 4-door, it was perhaps the least produced.
To Julio's surprise, when checking the chassis, the dashboard reading 7,000rpm and running on gasoline, I had no doubts; IT WAS AN AUTHENTIC 250-S!!!!!! INCREDIBLE! 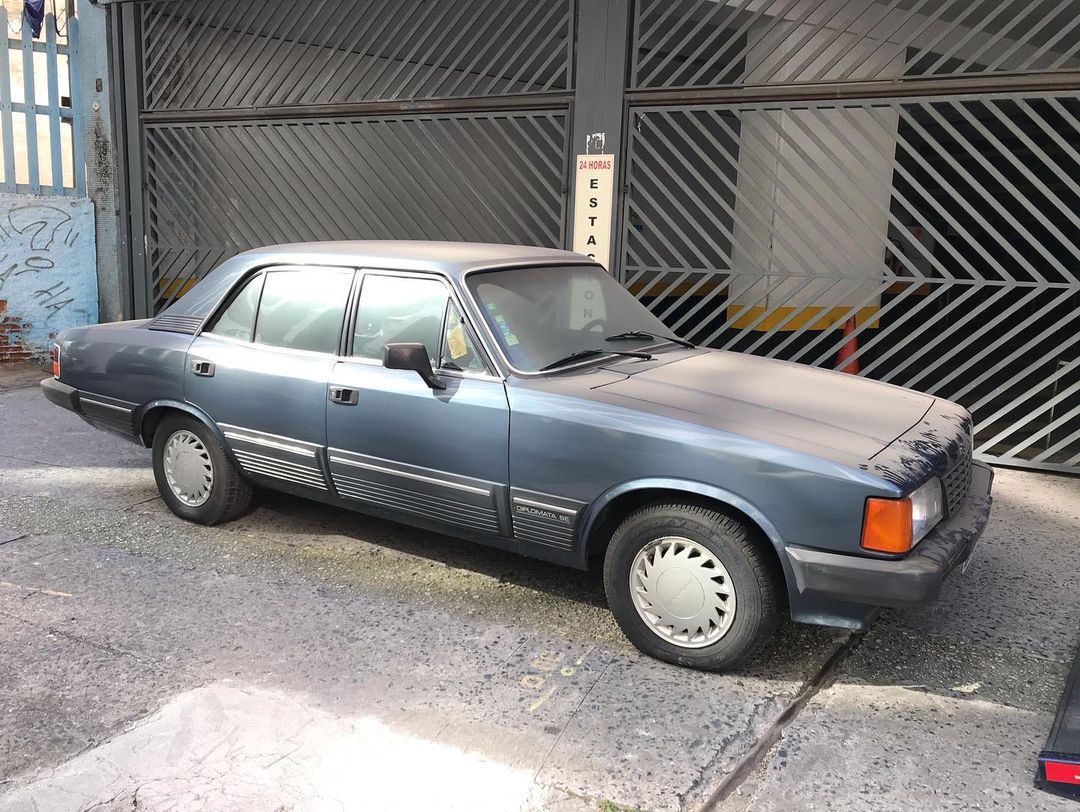 Credits to the Hunter Julio Raridades 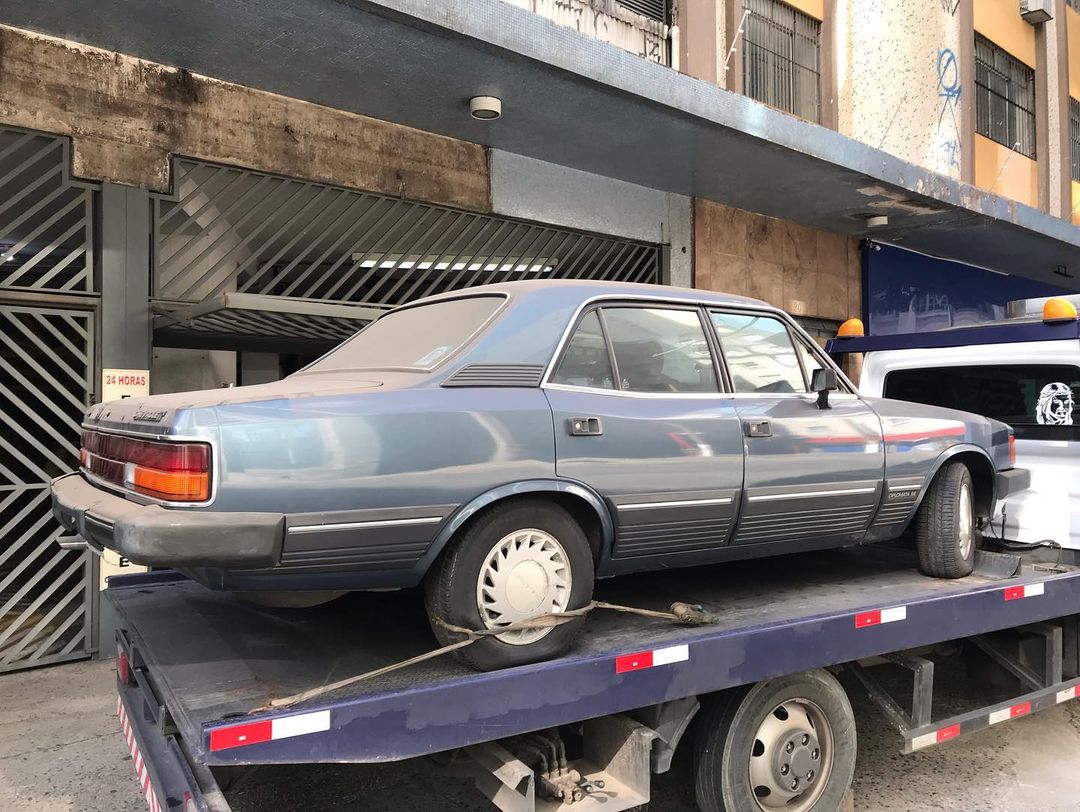 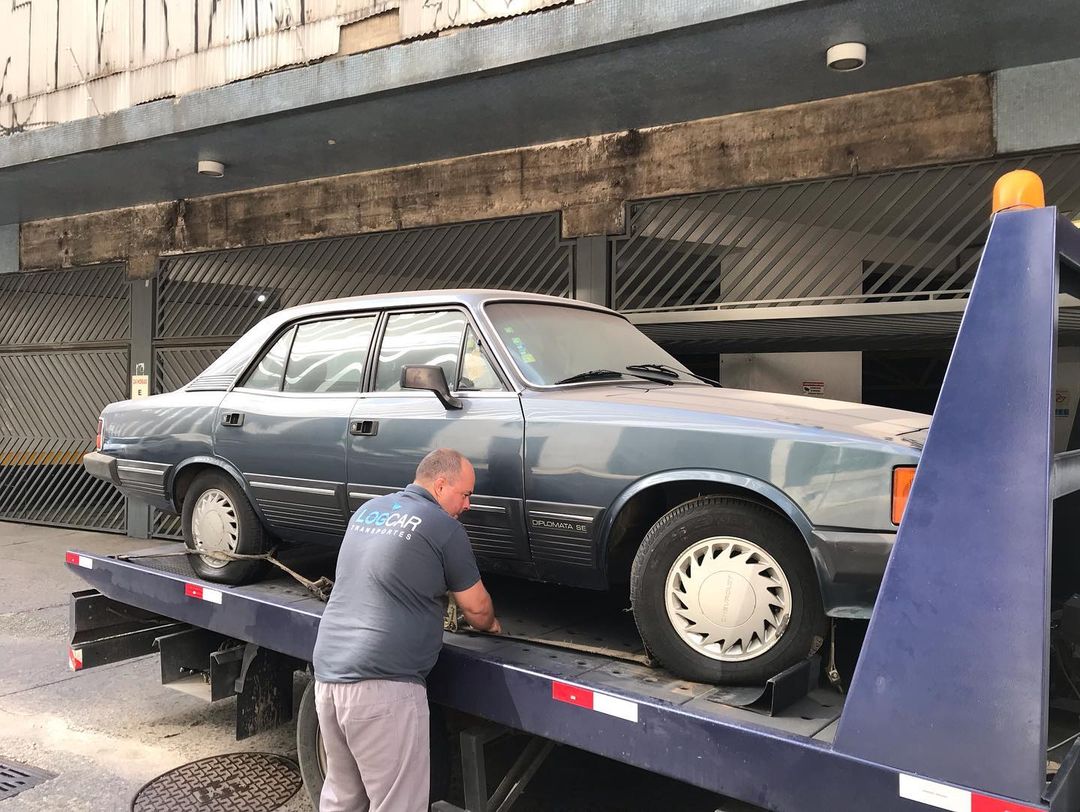 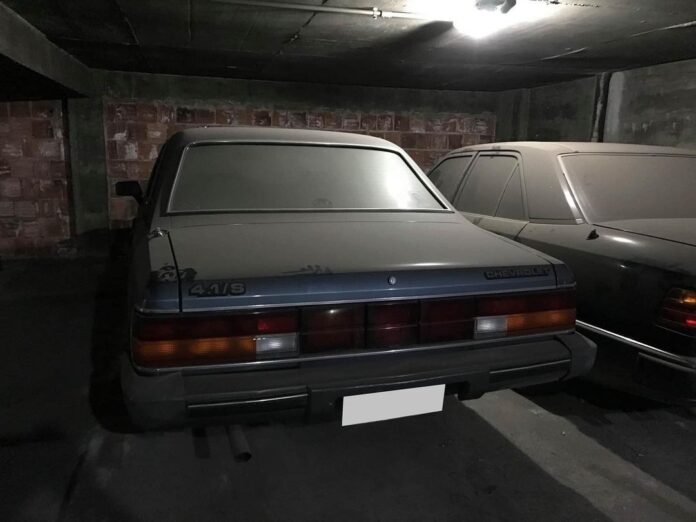