Find out what the owner has in store for the two legendary Italian supercars.

Few classic and exotic cars command attention like the lamborghini Countach, the focus of the latest video on the channel YouTube Royalty Exotic Cars. But technically, it's a pair of Lambos that presenter Houston Crusta is adding to his collection, and there's not a barn in sight (just a few Las Vegas office buildings). Regardless, viewers can see two supercars legendary Italians and learn about their plans for this duo.

The first Lambo in Crusta's video is a 1983 Countach. A glance reveals a clean white 5000S with an ivory interior, and then we're quickly ushered into the engine compartment. This is where the car's Weber carbs are highlighted, and Crusta points out that Countachs with a similar engine setup (and in good shape) can be worth up to $$ 1 million.

Later on, he shares his ideas for repainting the car to better suit his tastes and swapping the engine for a modern V-12. These embarrassing statements will no doubt irritate auto purists or at the very least increase the volume of comments from the YouTube. 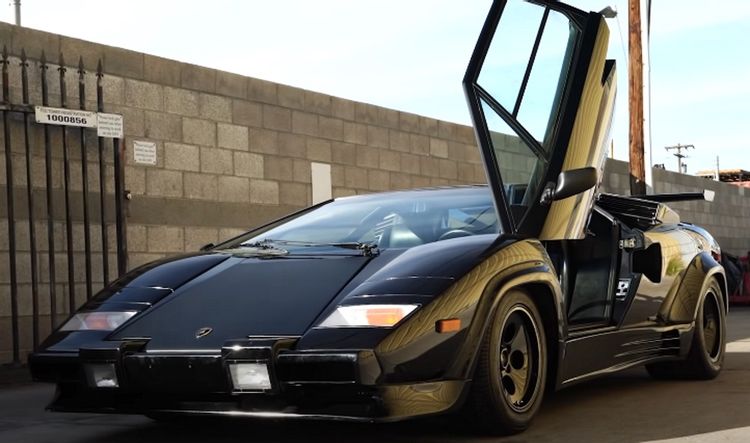 In stark contrast to the qualities of the first Lambo is a black 1984 Countach that would have been at home in Darth Vader's garage. Crust expresses his apparent preference for the aggressive look of this 5000S over the sharpness of the '83.

The video doesn't reveal much about this 4,000-mile Countach other than the fuel injection conversion that happened at some point. We later see the car returning to its former glory thanks to a polish.

About the Lamborghini Countach

Replacing the Miura, the Lamborghini Countach 1974 entered the scene with a bold and outrageous look ( a trademark for future Lambos ). While Lamborghini built less than 2,000 during a 17-year run, countless other Countachs have appeared as scale models and on posters.

Adding to the Countach's extreme reputation is the mid-mounted 12-cylinder engine inherited from the Miura. But, as opposed to being transversely mounted on the Miura, the Countach is the first street car to have a longitudinally mounted V-12.

Displacement started at 3.9 litres, but the engine would eventually grow to 5.2 litres. As such, production ranged from 325 horsepower to 455 horsepower in the car's later years. The only transmission system for the entire production was a five-speed manual managing the rear wheels.

Examples like 1988 25th Anniversary Edition Countach offered an impressive top speed of 190 mph. Its 0-60 mph time of 4.7 seconds seems average by today's standards, but it allowed the Countach to stand out from just about any other factory car from the same year. 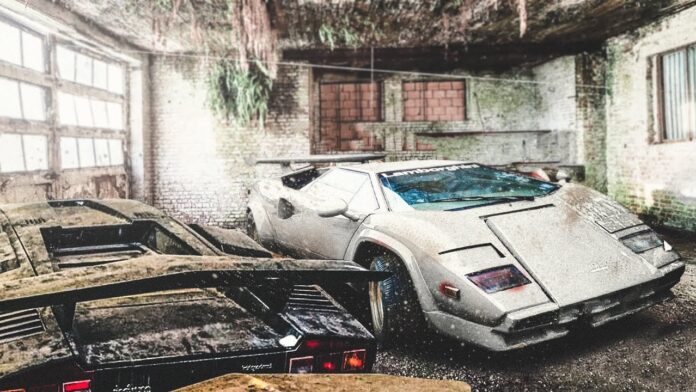