Legendary Kawasaki 0 km in the box goes to auction

If you are passionate about motorcycles, prepare your pocket. A legendary Kawasaki 0 km in the box just went to auction. The bike is rare and in an even more unusual state of conservation, perhaps it has already ridden a few kilometers. It is a Kawasaki ZX-7R K2 1992.

The legendary ZX-7R were powerful, sporty '90s Kawasaki motorcycles and their K version was much more special, produced in limited numbers just so Kawa could participate in the AMA Superbike, in the United States. In short, it's a famous 'homologation motorcycle', as valuable as cars assembled 'in series' so that automakers can participate in rallies. Just don't expect it to be cheap. 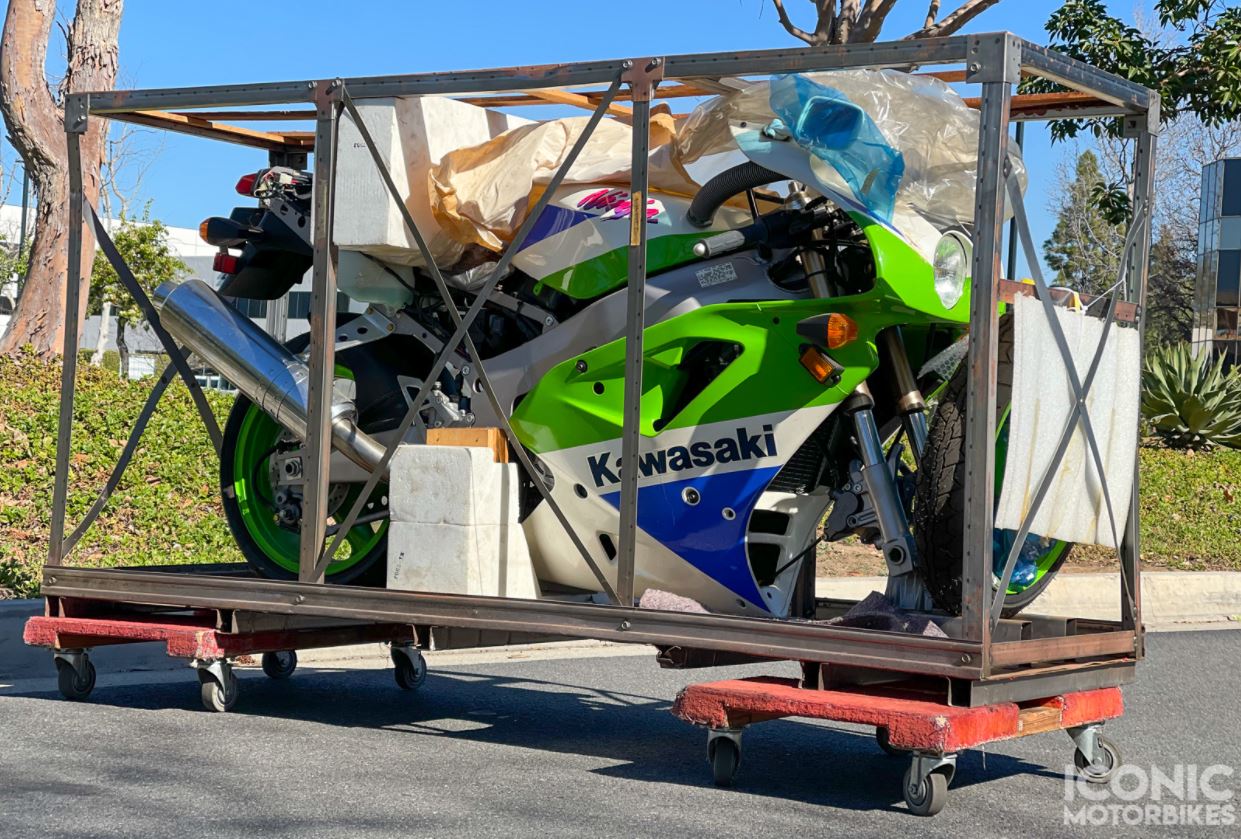 Equipped with the best in Japanese sports at the time, the technical file of this Kawasaki ZX-7 deserves respect to this day, exactly 30 years after its production. Its 4-cylinder in-line engine, dual overhead camshafts and 749 cm³ generated 121 horsepower. For this, it was powered by Keihin 39mm FCR caburers. 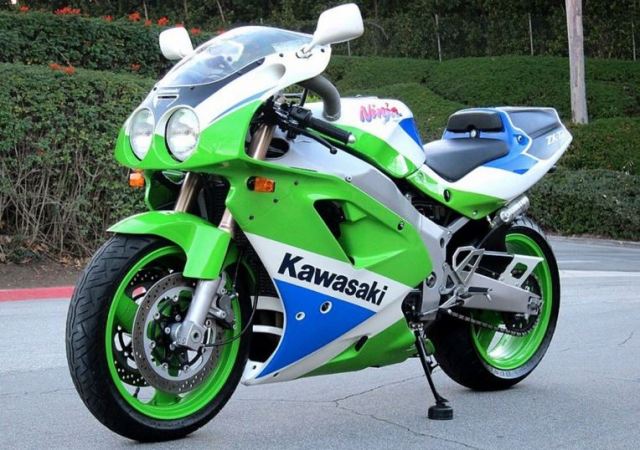 The high quality specs went beyond the engine. Its chassis is made of aluminum, which contributes to a dry weight of only 190 kg. The suspensions, on the other hand, allow a series of adjustments, both at the back and at the front, where there is an inverted fork and 41 mm tubes. Brakes feature dual 320mm discs with four pistons at the front and a single 230mm disc with two pistons at the rear. The 6-speed gearbox has a slip clutch. 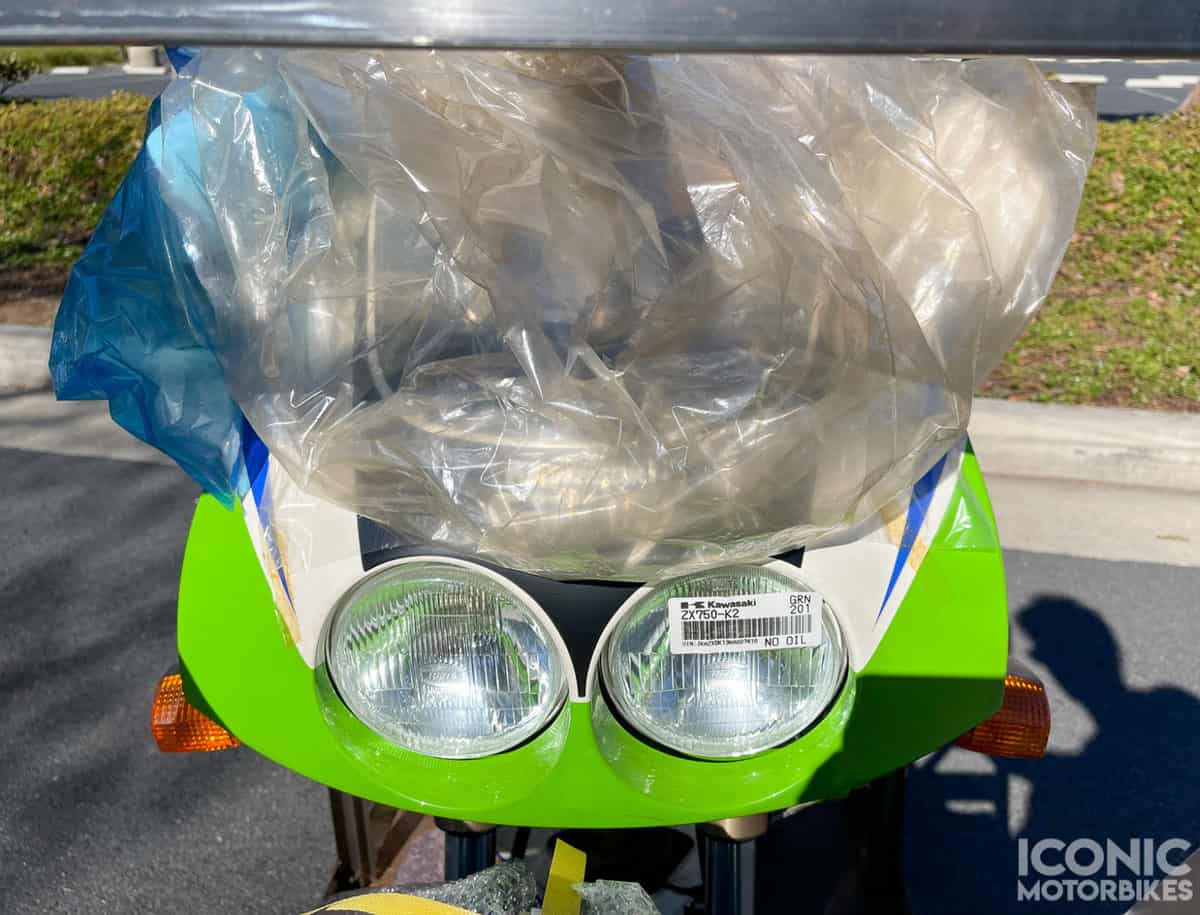 With these configurations, the Kawasaki ZX-7R K2 presented a performance worthy of the track, with a final speed above 250 km/h. In practice, it differed from the standard ZX-7 by components such as carburetors, gearbox, adjustable suspensions and seat. Added together, the changes made it more powerful and up to 5 kg lighter.

Rare bike up for auction

Altogether, they were only 500 units produced of this Kawasaki, with about 150 were exported to the United States. And now, a unit still untouched, in the box, with the front wheel disassembled, completely new, has gone up for auction. 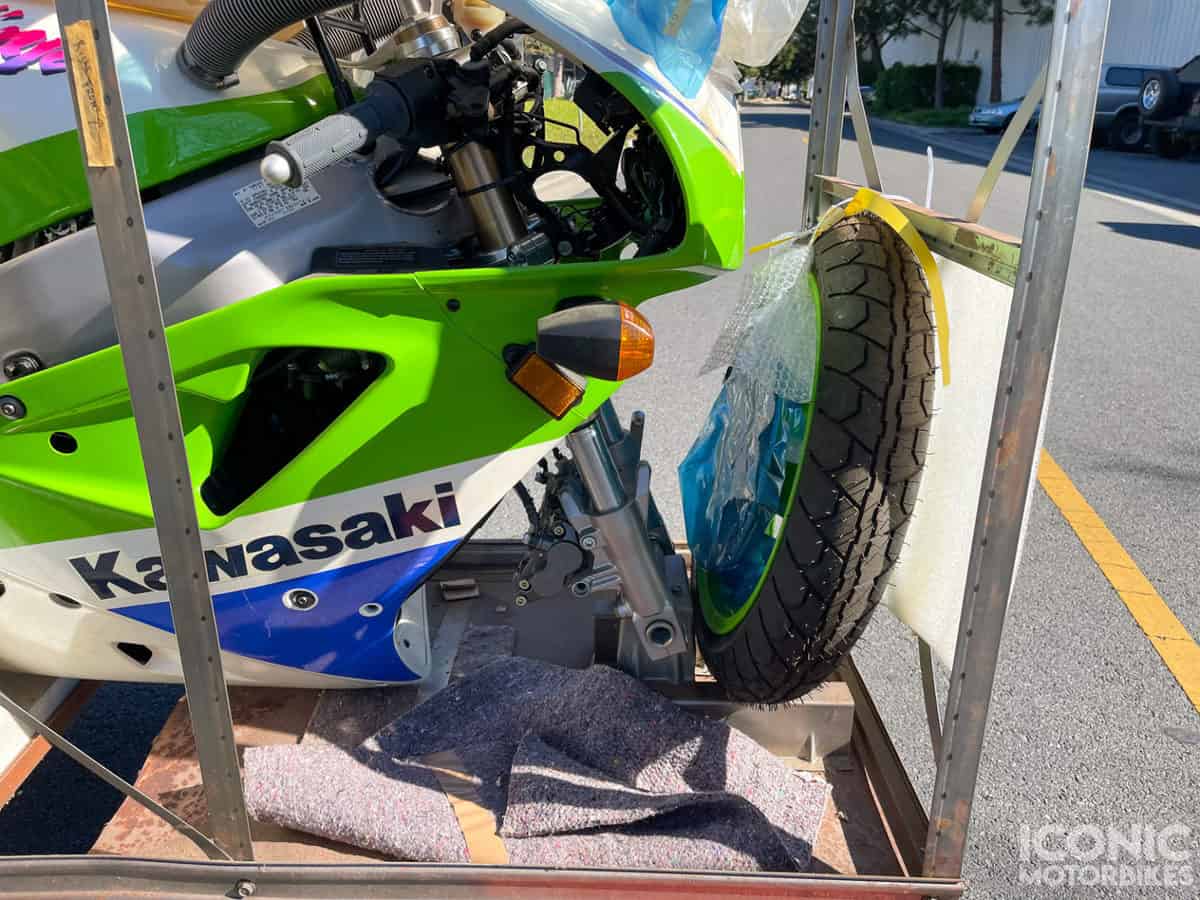 Who is leading the action is Iconic Motorbikes Auctions, american company specializes in motorcycle auctions. You can bid on here, but hurry, as the auction closes this Thursday, February 17th. 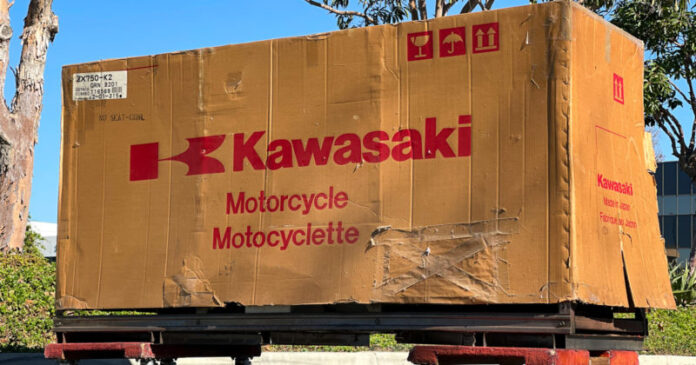