An upgrade of the sixth generation Ford Explorer was scheduled to be released at the Beijing Auto Show. However, photos and specs of the SUV have surfaced in China giving us a good idea of updates to the model from the local market.

In addition to the styling tweaks, the Chinese-spec Explorer will benefit from more tech inside the cabin, changes that could also apply in the future across the US spec range, though that's just speculation for now. 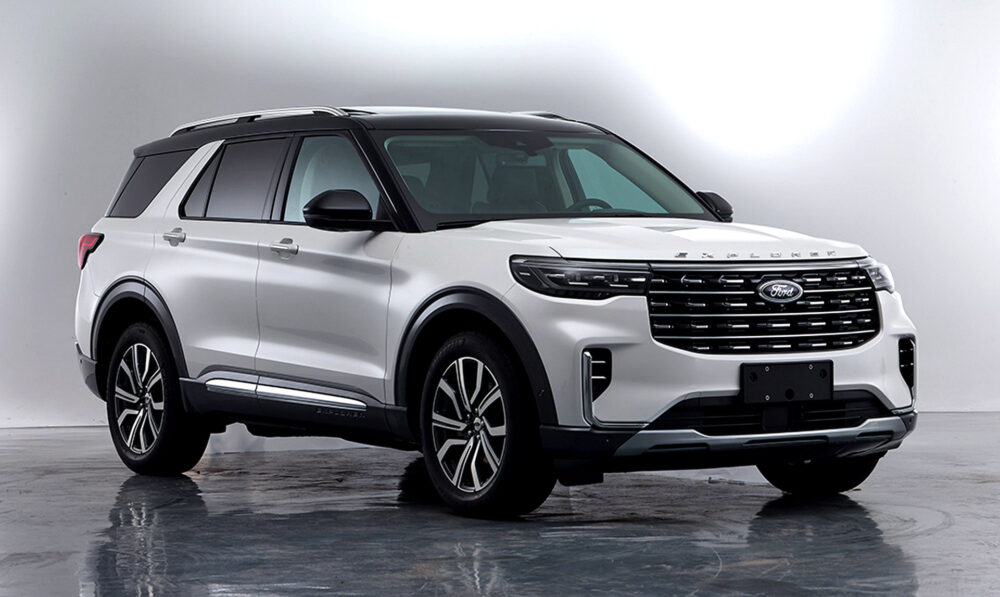 Starting with the exterior, the Explorer retains the familiar silhouette with redesigned front and rear ends. We've already seen this in previous leaks, but the new photos give us a better look at the changes.

The new LED headlights look similar to the fifth generation facelift, with a narrower shape than the current Explorer. The grille looks huge with a different pattern depending on the variant (honeycomb for the sporty ST-Line), but don't forget that the Chinese Explorer already had a significantly larger grille compared to EU-spec and US-spec models. . The front bumper has narrower side intakes with chrome accents and without the DRLs of its predecessor. 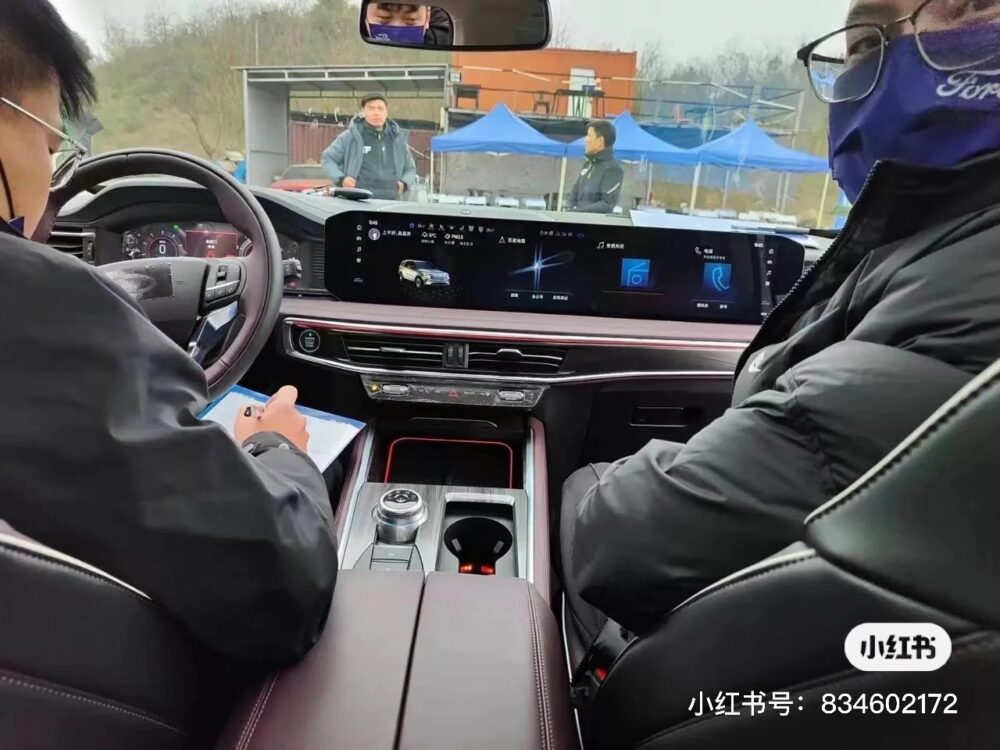 The profile remains unchanged apart from the new wheel designs. However, the new bumpers resulted in a slightly longer length, with the updated model measuring 5,063 mm (199.3 inches) compared to its predecessor's 5,050 mm (198.8 inches), while retaining the other dimensions.

At the rear, the LED taillights are now connected, highlighted by a decorative chrome strip that merges with the indicators. The lower part of the bumper received a new skid plate and larger dual tailpipes with a chrome finish. Finally, the Explorer logo moved on the tailgate, also appearing above the grille at the front. 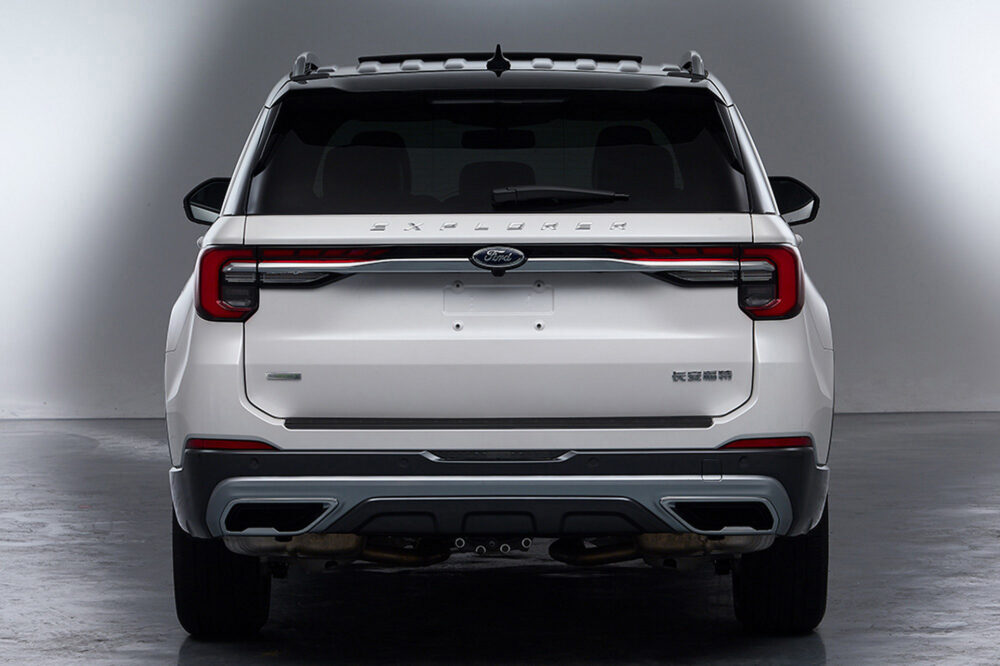 Inside, the previous touchscreen gives way to a more impressive landscape widescreen, covering most of the redesigned dashboard and giving more control of the infotainment to the front passenger.

This is combined with a standard 12.3-inch digital instrument cluster and a head-up display. Other changes include the narrower and lower positions of the air vents, ambient lighting and new rotating dials in the center console, likely to control volume and temperature. 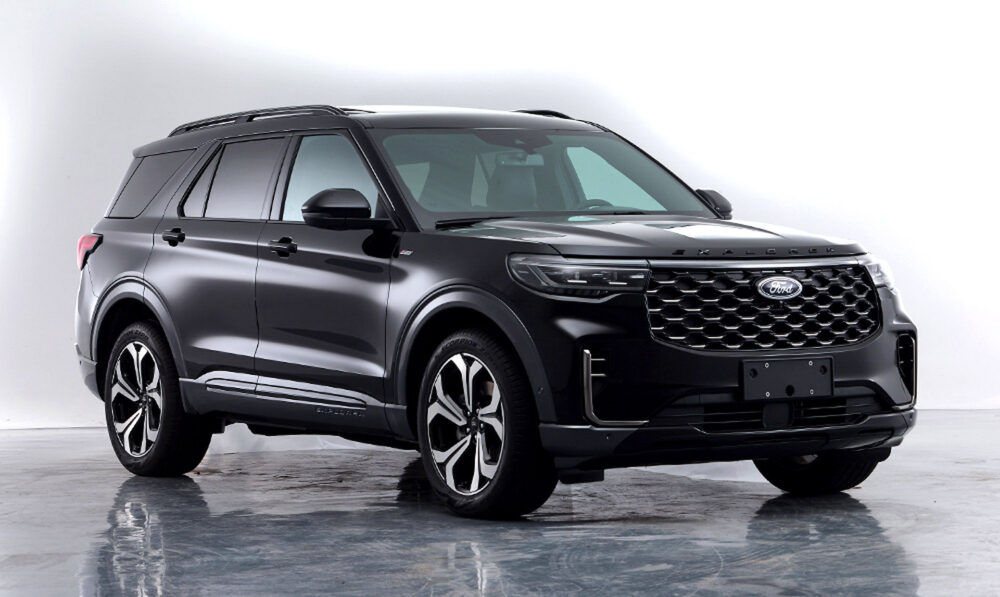 Overall, the Explorer's updated interior design is more in line with the China-only Evos and Mondeo, although the touchscreen isn't quite as impressive as the 27-inch 4K unit of the aforementioned models. 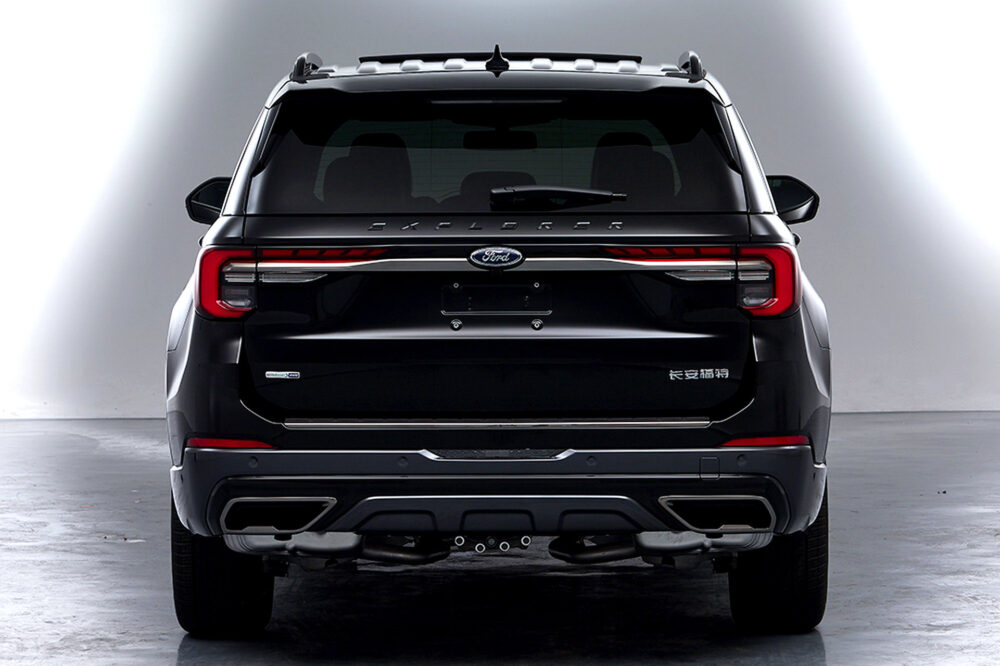 Under the hood is the same turbocharged 2.3-liter EcoBoost four-cylinder engine, producing 272 hp (203 kW / 276 PS) and 425 Nm (313 lb-ft) of torque. Power is sent to the rear wheels via a 10-speed automatic transmission. Chinese buyers do not receive the larger displacement engines or the performance-oriented Explorer ST trim that are available in North America due to tax reasons. 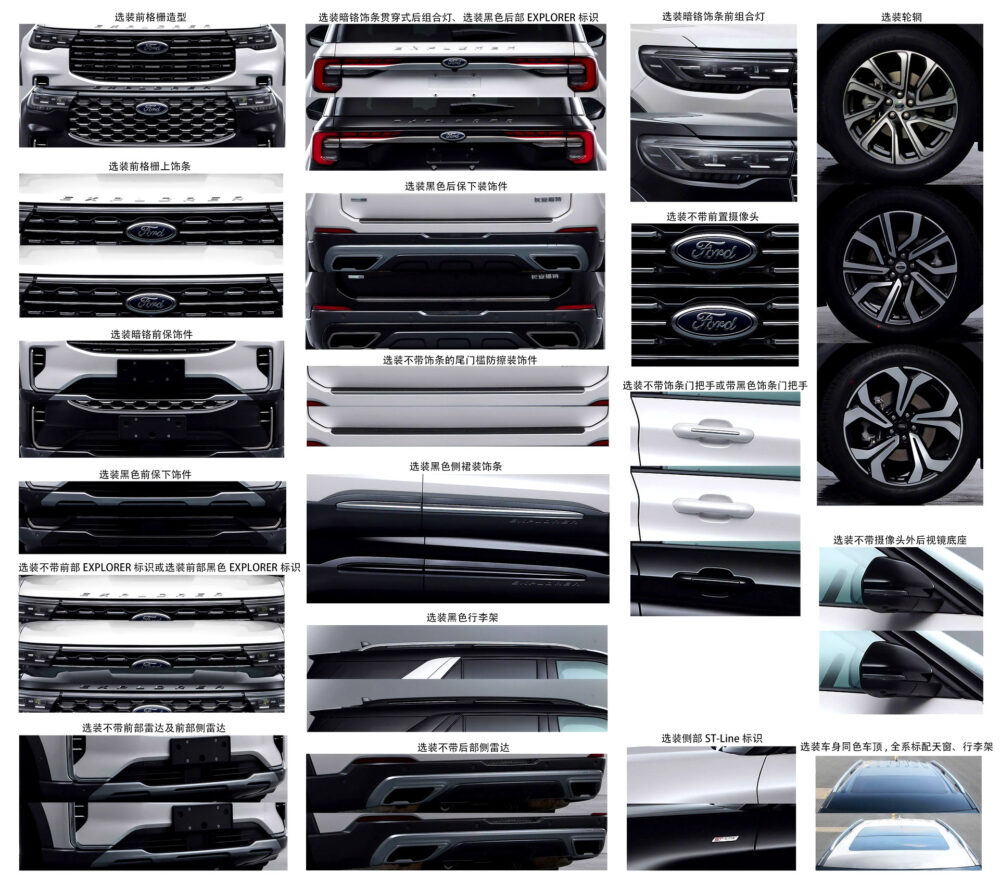 The Chinese specification Explorer is produced by Changan Ford. The market launch of the facelifted model is expected in the coming months. Some of the changes may also apply to the US and EU-spec Ford Explorer in the future, though Explorers from different markets will likely retain some level of differentiation. Remember, Ford recently updated the Explorer lineup in the US for 2022, with the addition of the ST-Line trim. 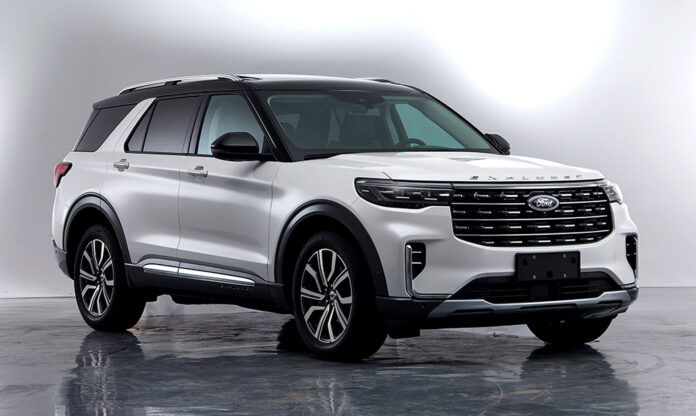