Honda made official at the Milan Motor Show, which started on November 23 for the press, its new 2022 Honda Hornet, the launch should take place in the coming years.

We still don't have information if the new Hornet 2022 will be released in Brazil. So far Honda has released a video with a sketch of the bike.

The new 2022 Honda Hornet was shown at the Italian event in concept form, that is, it doesn't exist yet, just a virtual presentation. We can already have a brief impression of what the new Japanese machine will look like.

Talking about design we can see that the new Hornet has a modern design like the streetfighter nakeds, with a similar look to the KTM 890 Duke.

A robust bike with an imposing front, wide and high tank, sloping rear and a swingarm, elements often used in new models in the same segment.

Honda highlighted that its new 2022 Hornet will be a bike that combines modern design and high-revving engine that can offer agility to ride. It is assumed that it will come with a 700 and 800cc engine that will give a new origin to motorcycles, and its official presentation should take place at the end of 2022.

After its discontinuation in Brazil in 2014, Hornet left a generation of fans missing.

We are looking forward to this new Hornet here in Brazil.

Check out the photo gallery below: 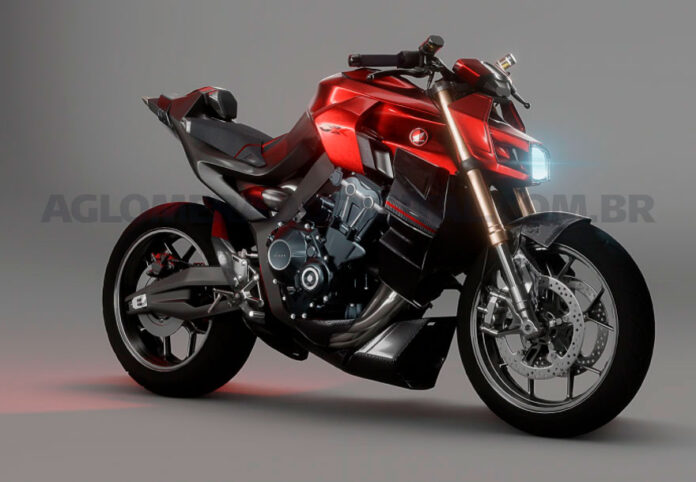