The new 2023 Chevrolet Silverado has just been presented, a pickup we've been waiting for for some time. While not revealed live, the latest American electric pickup has now been unveiled as part of the 2022 Consumer Electronics Show and looks fantastic. 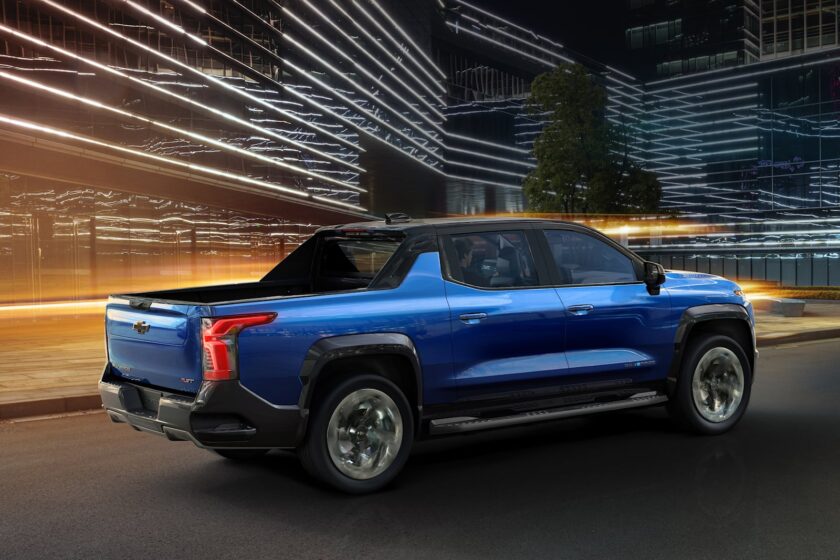 Rather than being an electric version of the existing Silverado, the new EV version was built from the ground up to be an EV. As such, it utilizes a GM Ultium EV platform, which we already know is a brilliant piece of engineering. 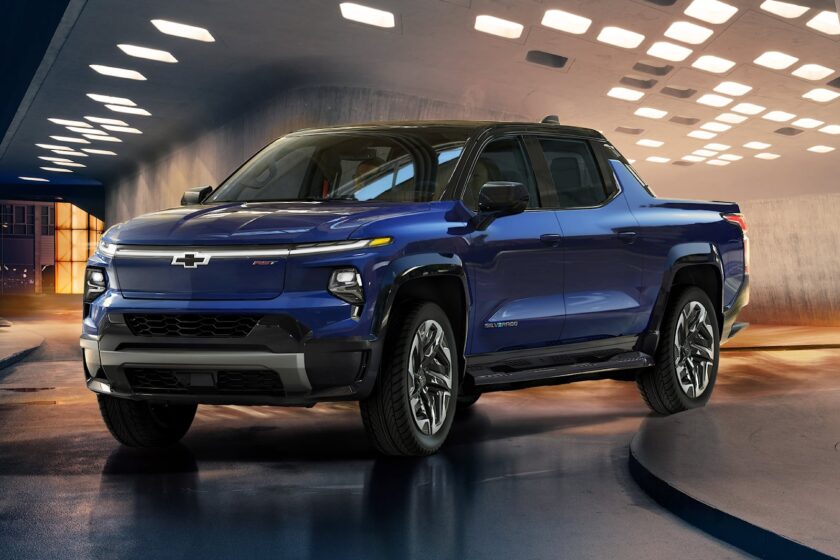 For starters, Chevrolet will only offer two trims for the 2024 Silverado EV. An RST First Edition will be accompanied by a fleet-oriented WT (Work Truck) model, with both offering plenty of features and technologies, not to mention space, power and range, but more on that later. 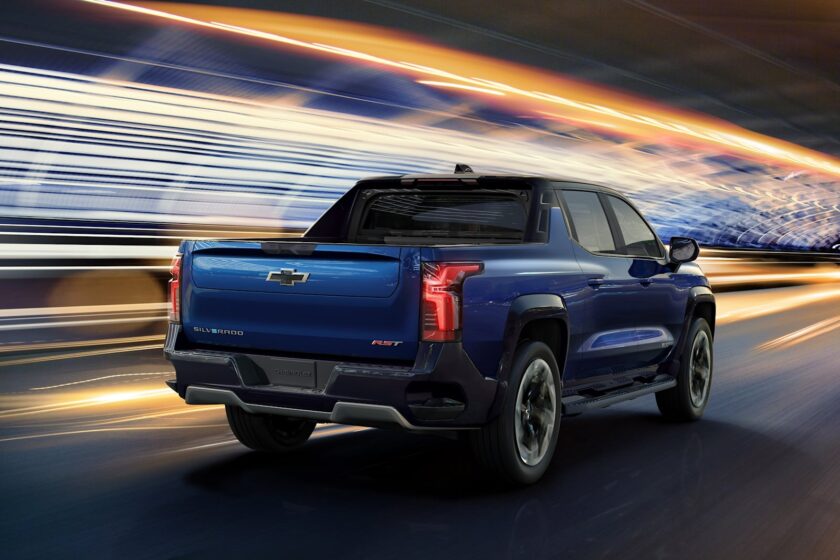 The RST First Edition model will offer four-wheel steering, automatic adaptive air suspension that can raise or lower the vehicle by up to two inches, and a “Midgate Multi-Flex that expands the truck’s carrying capacity while retaining the seat for one passenger in the back row. ” Available with energy release. As standard, a 17-inch LCD infotainment display is combined with an 11-inch digital display and a multi-color head-up display with a field of view of over 14 inches. 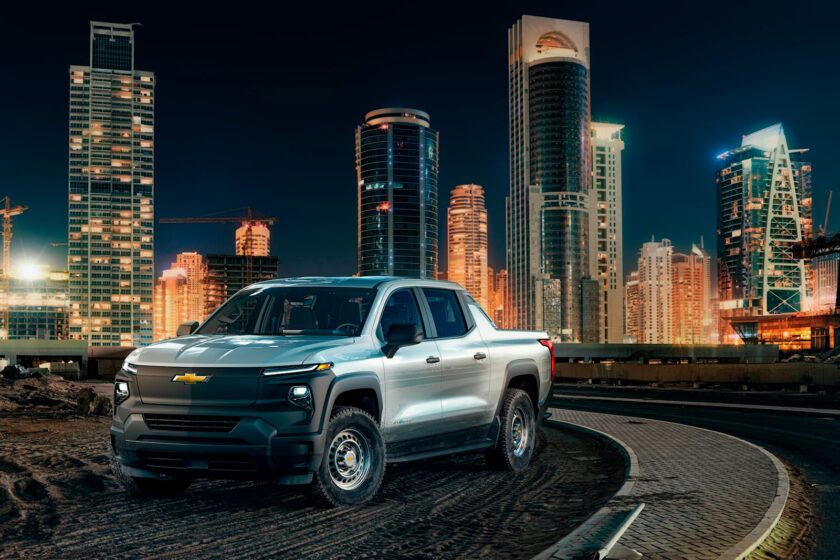 Plus, Super Cruise's hands-free driver assistance technology is included and can be used while you're towing something behind you. Speaking of which, the Silverado EV will be able to pull a heavy load. 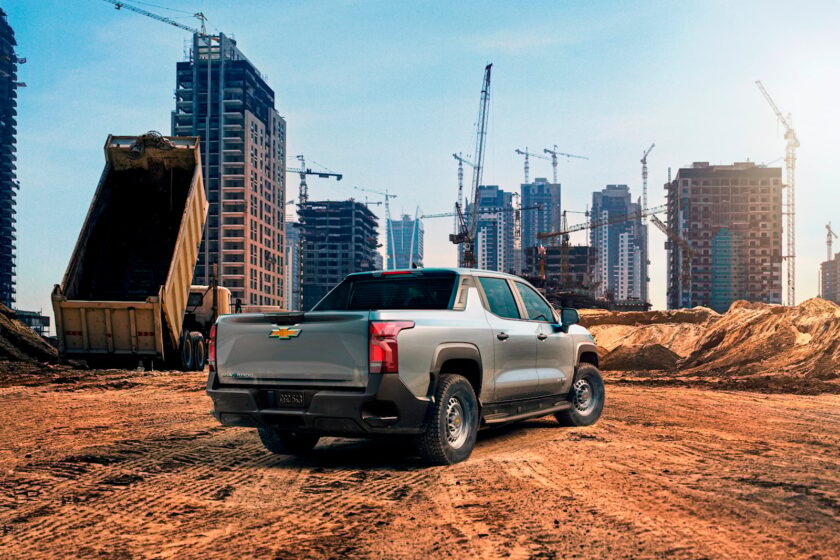 The WT trim will roll out first to fleet customers who will be happy to know that this trim packs 510 horsepower and 615 lb-ft of torque, enough to tow up to 8,000 pounds. 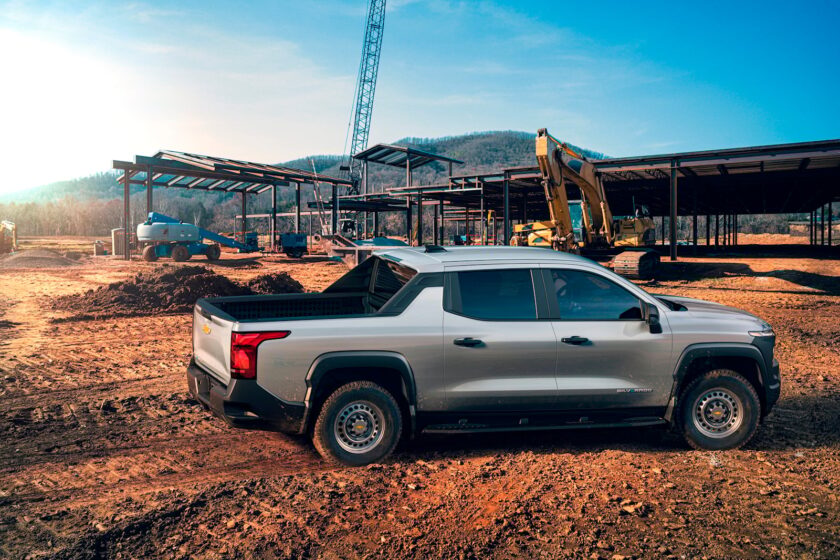 Payload is rated at 1,200 pounds here and 100 pounds more on the RS. If those towing numbers aren't all that impressive to you, Chevrolet says it will introduce a fleet model after initial launch, and it will boast a maximum towing capacity of 20,000 pounds when equipped with the maximum towing package. 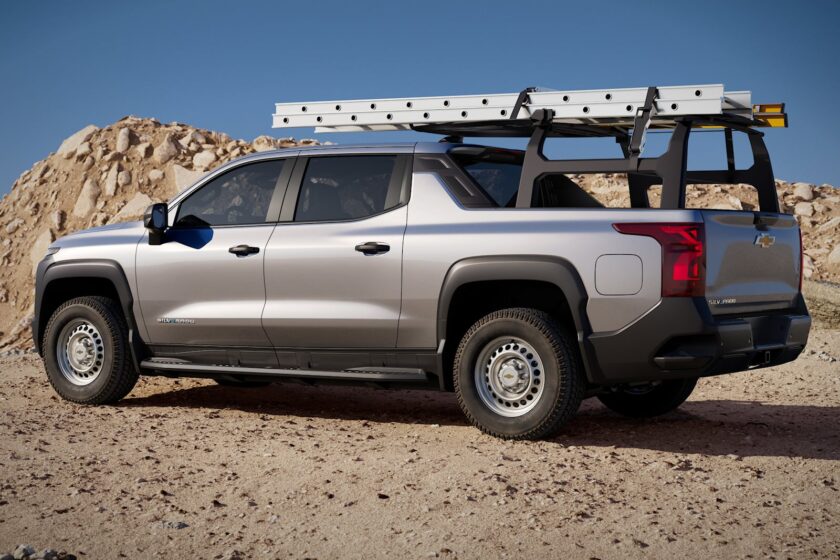 It should run fine despite that, thanks to the fact that the available 24-module Ultium battery is a part of the fundamental structure, reinforcing rigidity. This will be complemented by independent front and rear suspension systems. 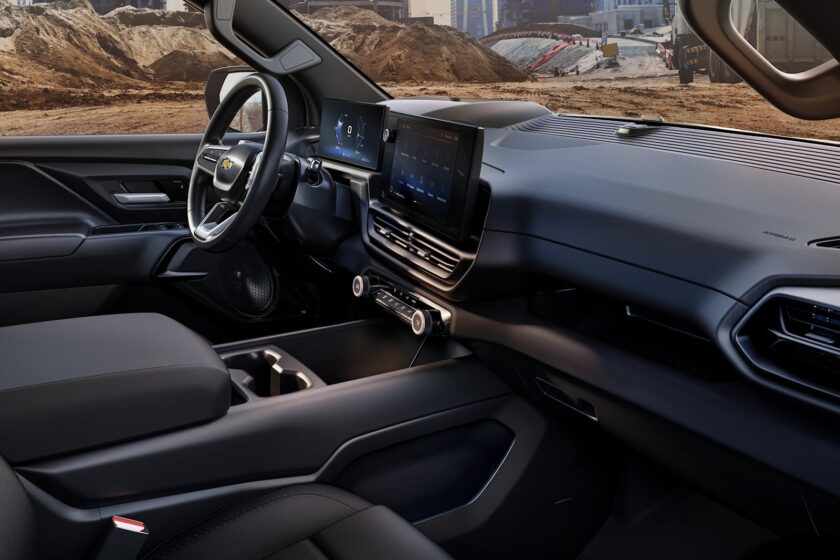 The new, more powerful Silverado EV will produce up to 664 hp and 780 lb-ft, and the RST model is estimated to be able to sprint from 0-60 mph in under 4.5 seconds in Wide Open Watts mode. Helping to maintain efficiency is a front end design that has helped direct air over the side of the body, and Chevrolet estimates the WT finish will have "one of the lowest drag coefficients of any full-size pickup available", helping to achieve a estimated range of 400 miles per full charge on any trim. 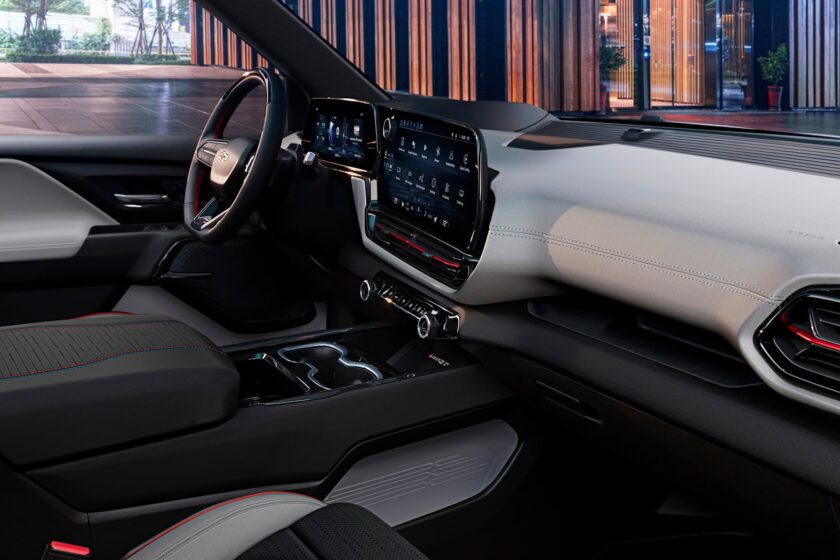 Both trims feature DC fast charging capabilities of up to 350 kilowatts, which translates to around 160 kilometers of recovered range in just ten minutes. 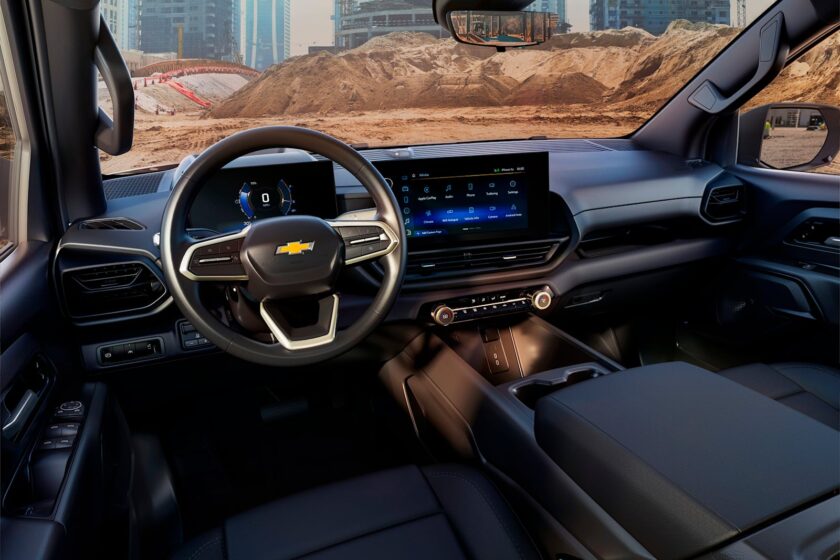 If you're worried about finding a charger, the Energy Assist feature in the myChevrolet app helps you choose an efficient route that can also take towing into account. But, if you're fully charged, you can spread the joy just like in Ford's electric pickup. The new Silverado EV has the ability to recharge another EV with an optional cable, while up to 10 outlets for power tools, appliances, gadgets and even your home are offered as part of the PowerBase charging system. However, this requires an optional accessory. 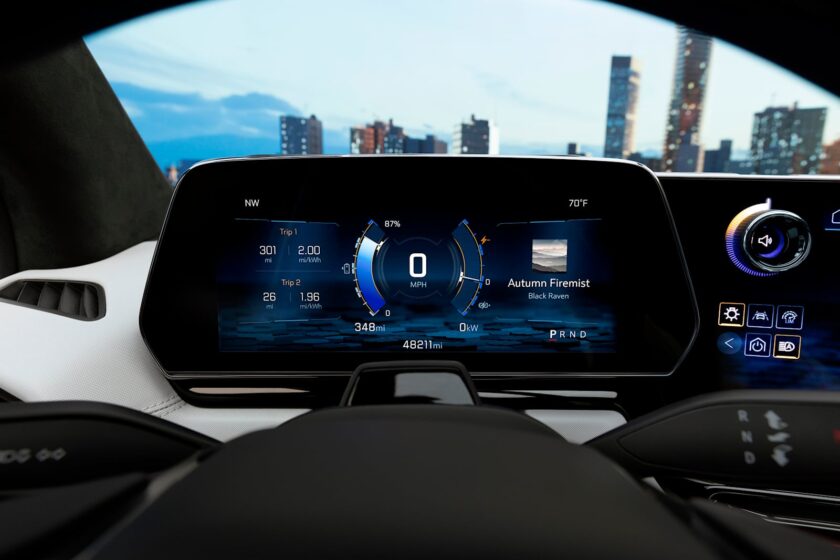 One thing that is not optional is the cabin configuration; the Silverado EV will be offered as a crew cabin only. The second row has been pushed back to maximize legroom, and even passengers "over six feet tall will be comfortable." Looking up, they will be greeted by a fixed glass roof on the RST, a model that also has a modular console that can hold more than seven gallons – enough for a refrigerator. 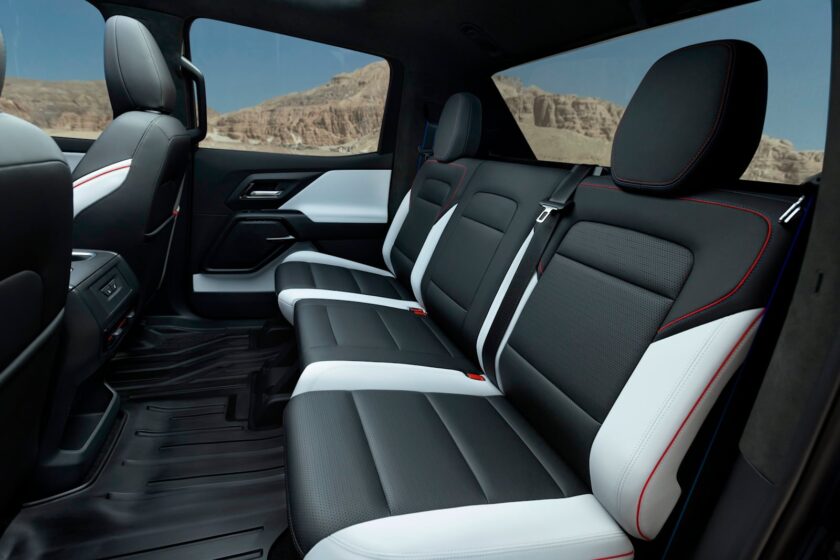 The real space is outside, of course, where the RST's five-foot, 11-inch bed can be expanded with the Midgate Multi-Flex we mentioned earlier. This provides just over nine feet of storage between the can and the tailgate when the Midgate is open, while a 40/60 second row in the cabin lets you mix passengers and cargo. 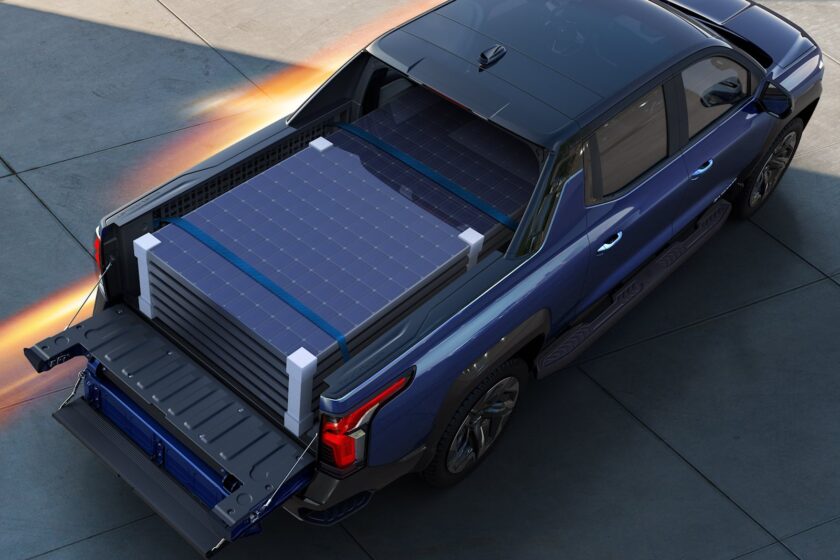 With the optional Multiflex tailgate, 10 feet 10 inches of cargo floor is available, while a lockable, weatherproof tonneau cover can even allow a kayak to be hidden inside the bed. Best of all, you don't need to keep your keys with you to go on this adventure, as the truck will start automatically as soon as the driver enters with an enabled device. The software developed in-house by GM is also smart, being completely removed from the vehicle's hardware to allow for quick and regular over-the-air updates. 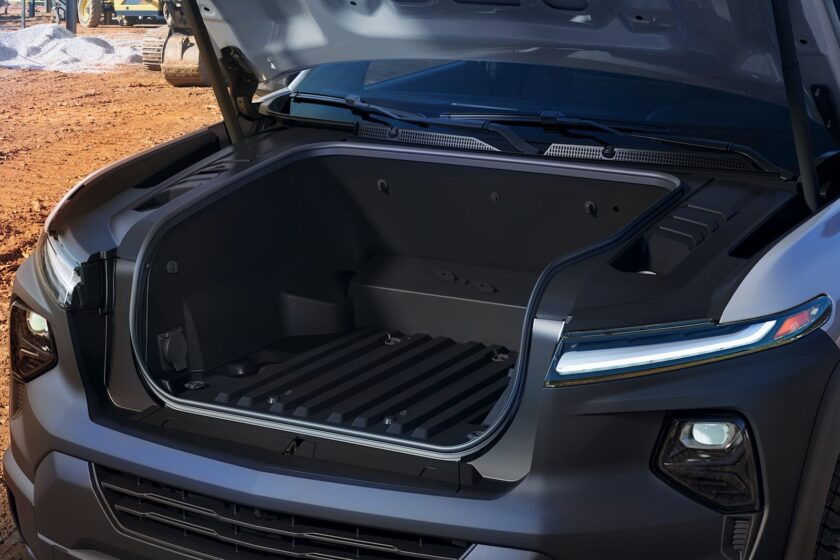 This all sounds fantastic, so when does the fight with Ford start? For a while. The WT model will launch in Spring 2023 with GM's largest battery and over 400 miles of range, while the fully charged RST First Edition arrives with the same range in Fall 2023. 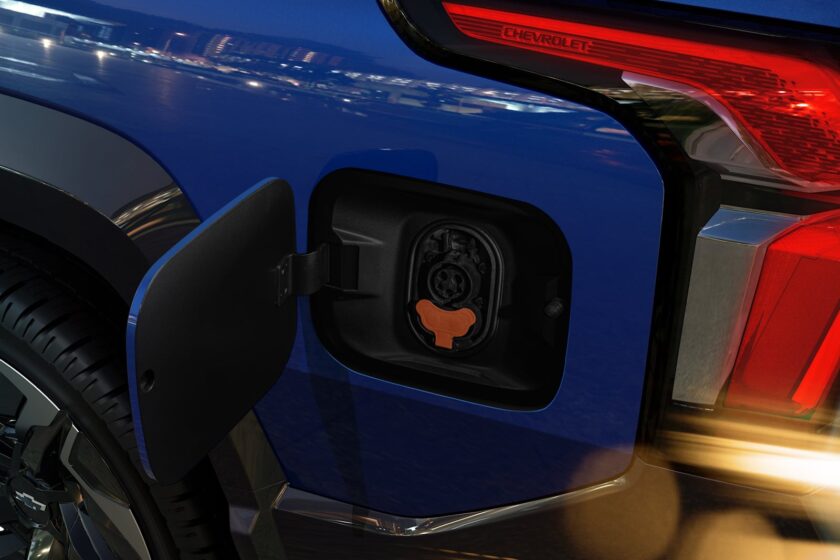 The full catalog of electric Silverados will be revealed with RST, Trail Boss. These will have varying price ranges, but the WT will launch with an MSRP of $ 39,900 while the RST First Edition will cost at least $ 105,000 excluding destination. Bookings started today (January 5th) at 1pm. 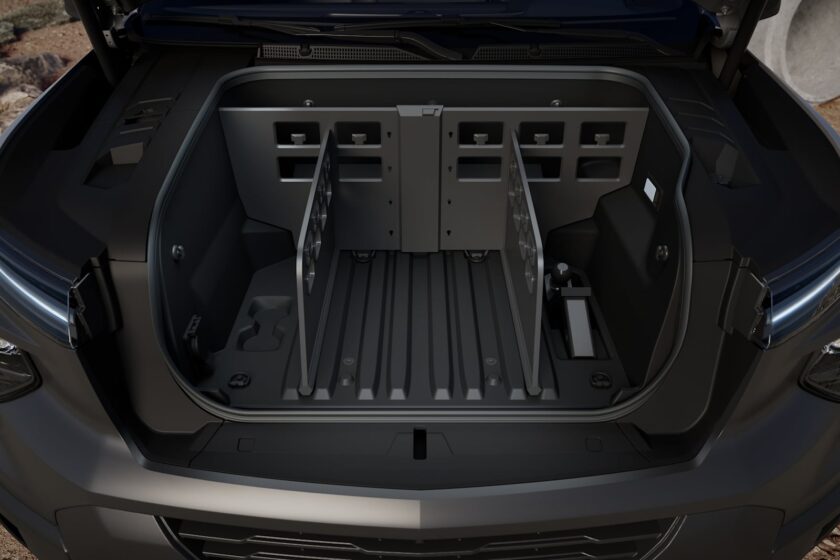 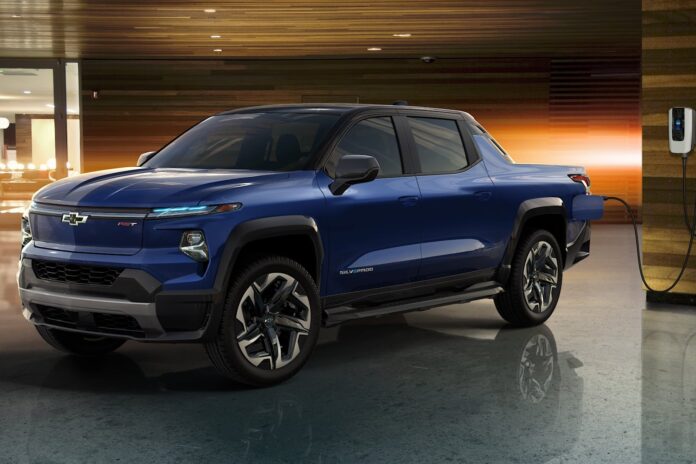