Analyzing these images you must be thinking: Where did this come from? This was the same question I asked when I saw the cabin of a VW Brasília with tires, wheels, chassis and truck engine.

Brasília Mad Max, as it is known on the internet, is an authentic homemade caveirão pickup truck and the true synonym of walking Frankenstein. The project was built by Leandro Torneiro, from Serra Negra (SP).

For the construction, the Volkswagen cabin, the diesel engine that pushes the Mercedes-Benz 1113 truck and the Chevrolet 3100 “Boca de Sapo” chassis were used – the nickname given to the pickup truck of the American brand sold in the 1950s.

“It was different because I did it with what I had, right? So I would take the scrap from outside [the workshop], bring it and turn it into it”, said the inventor. According to him, it all started with Brasília, which he bought because he needed a new engine for his forklift. 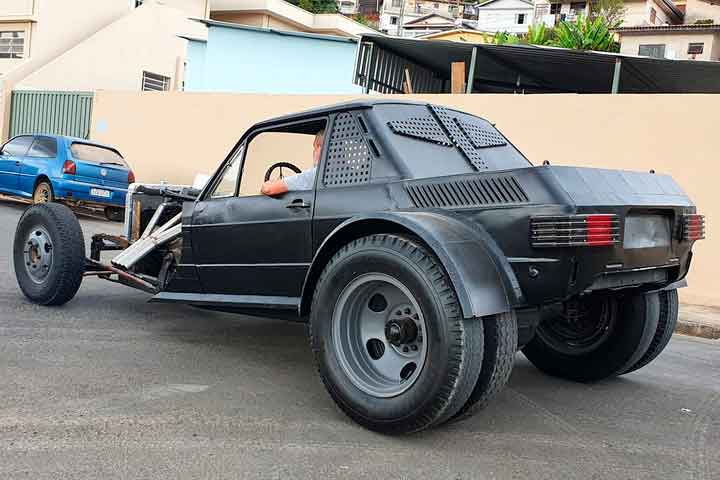 With the replacement done, Torneiro saw his workshop with two scrap trucks and the body of a hatch, and started the fetched plans for the construction – which were incremented with ideas from his followers.

The project started with the Chevrolet spar chassis frame. The steel beams were modified and gained a purposeful curvature between the engine and the cabin, which is yet another spice for the look. Therefore, the front overhang has a flat base, and the cab and rear overhang are upright.

At the front, the radiator core can be seen from afar and there is no safe for the engine, which is left in the wind, as in good old American hot rods.

The “Frankenstein” is powered by the 5.7-liter inline six-cylinder diesel engine, 147 hp and 41 kgfm of the legendary Mercedes 1113, being managed by a Ford manual gearbox, with reduced and rear-wheel drive. 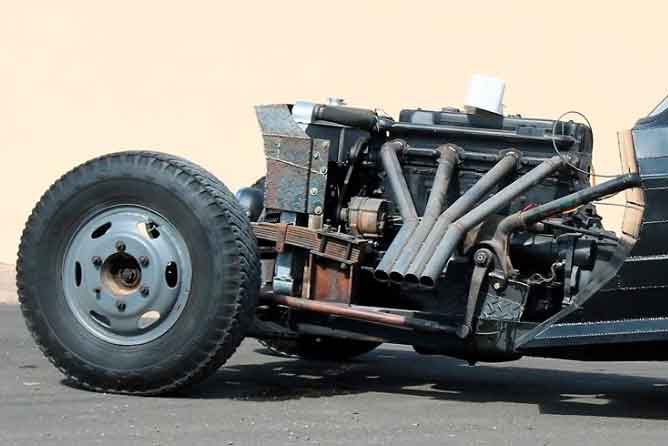 The truck also used steel wheels, tires and spring-beam suspension on both axles. The cabin had to be remodeled into a pickup truck. Leandro cut the entire front overhang of Brasília and kept only the passenger compartment on the chassis.

He even shortened the cabin to make room for the bucket at the rear, taking advantage of the depth of the Volkswagen's rear engine compartment. This idea was adopted from a drawing sent by one of his followers. In addition, Torneiro produced new fenders to protect the rear tires.

The front windshield was kept and even has the 1998 Brasília licensing sticker, but the rear window and rear side windows were replaced by perforated steel pieces. 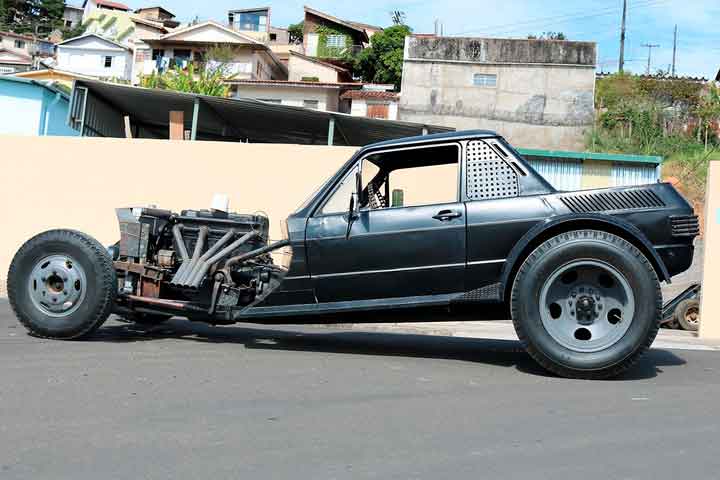 The floor is new and was made in the mechanic's own workshop, with welded and molded sheet metal. They form the tunnel for the transmission and the gimbal, and support the seat, which is made of iron.

“Her bank looks like I stole it from a square, but I made it. I did everything, the entire floor, the [fuel] tank… The tank is made from a plate left over from the barbecue”, said Leandro. The brake, accelerator and clutch pedals have a spiral design, but the steering wheel is the part that draws the most attention. 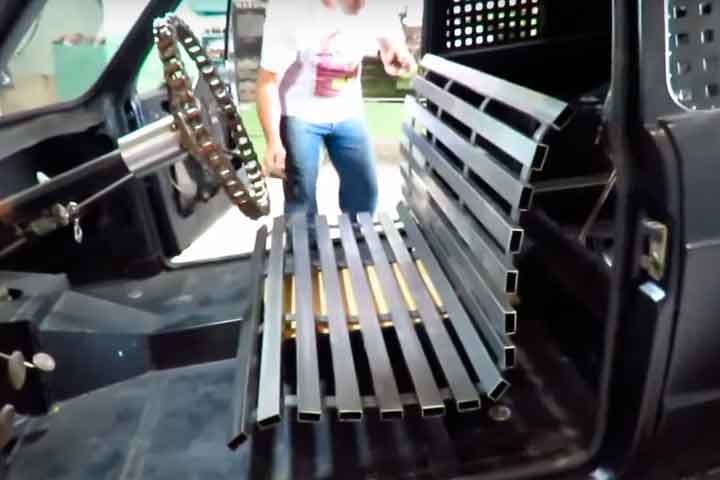 According to Torneiro, the original Chevrolet 3100 bumped into the driver's legs and had to be replaced. Walking through the workshop, the mechanic found a motor chain and construction irons. With flecks of solder, he joined the parts together and formed the new flywheel.

To complete the Mad Max style of the ex-Brasilia, all the door and ceiling coverings, the carpets and even the panel were removed, leaving the entire interior in pure tin.

The project was assembled only with discarded parts and has no estimated value. Also, unfortunately, Serra Negra's caveirão pickup is not regularized to run on the streets, and it's just for Leandro to train his construction skills. 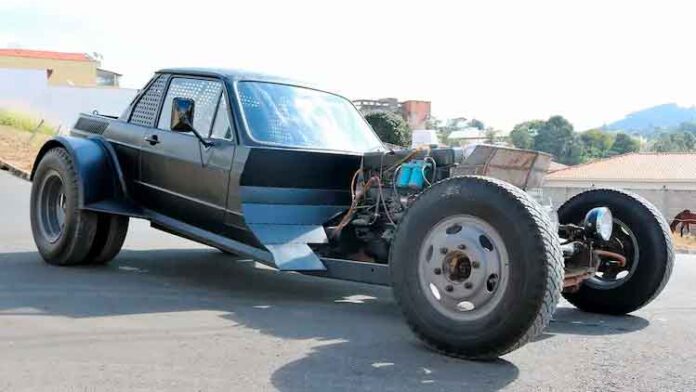