The Hyundai Ioniq 7 will arrive in 2024 as a three-row electric crossover that will be the top model in the brand's EV range. These renders use the Seven concept as a guide for imagining what the production version might look like.

On the front, this rendering adapts the face of the Seven concept to be closer to production. Instead of the vertical LED light banks, this one has four lamps oriented vertically on each side of the nose. There's a fake grid in the middle here instead of more LEDs. In addition, there is a thin light strip at the base of the hood. 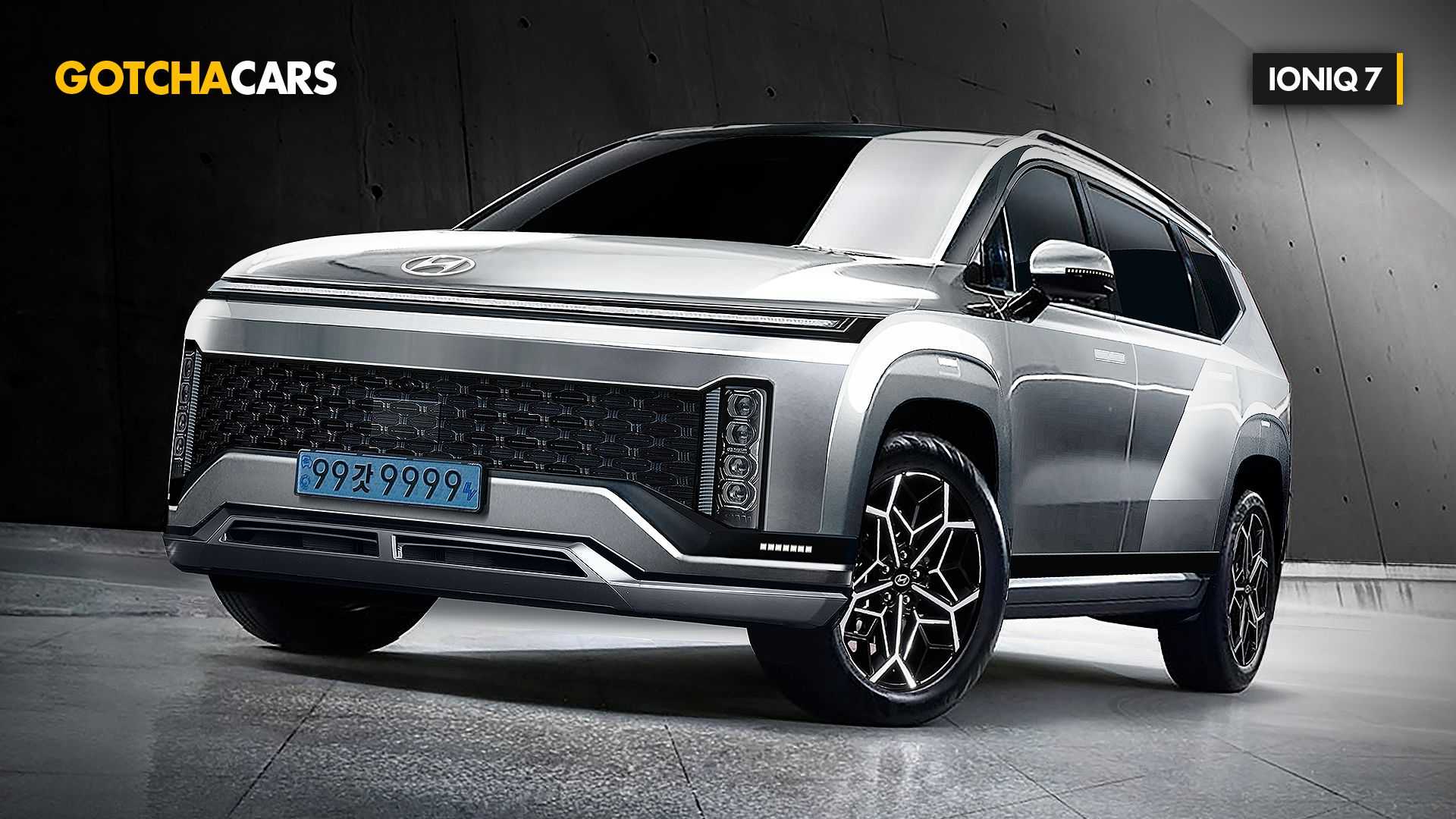 The Seven concept has big suicide doors so people can get a good look inside the car. The production version would have a more traditional design. The version available to customers would keep the Z-shaped element along the flanks that starts along the side sills, cuts upwards into the rear fender and then leads to the rear edge.

In concept form, the Seven is built on Hyundai's Global Electric Modular Platform (E-GMP) and features an 800-volt architecture. The system supports fast charging of up to 350 kilowatts, which allows you to recharge from 10 to 80 percent in 10 minutes.

The production of Ioniq 7 reportedly has a 100 kilowatt-hour battery offering an estimated range of 483 kilometers. An electric motor supposedly drives each axis. In total, the combined output is reportedly 308 horsepower (230 kilowatts).

Inside, the concept uses sustainable materials like mineral plaster and bamboo wood. It also features a hygiene airflow system with UVC sterilization so occupants can breathe clean air. There is still no information on whether the production version would have these features.

The Ioniq 7 would be available with an advanced driver assistance system. It could provide level 3 autonomous driving capability, meaning the vehicle's technology would be able to handle many motorsport conditions, but a human needs to be ready to take control.

Hyundai is investing US$ 7.4 billion in US operations until 2025. This will include the construction of an electric vehicle in the country in 2022. This model will be the ionic 6, which will be an electric sedan.

Gallery: Rendering of the Hyundai Ioniq 7 2024

Photo gallery
1 out of 7 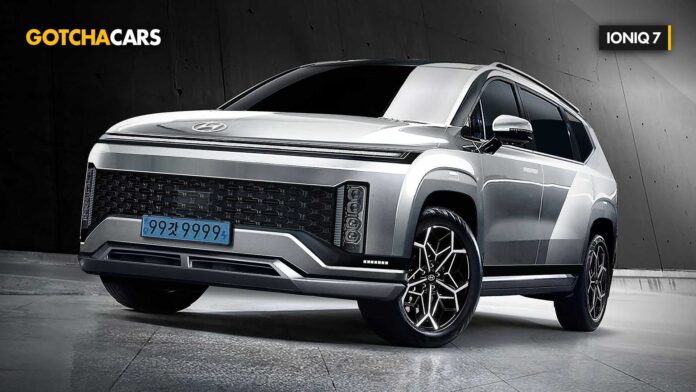