Discovery of this rarity much appreciated by truck drivers, Mercedes Benz 1618 totally original from the factory, I touch the chassis, paint, tires, all original, the truck arrived at this garage with 00110 km and today it has 00551 km run.

It is on a stand, and this mileage is due to the periodic operation of the truck so as not to damage the engine. Even with the stability of inflation in 1994, with the late Real plan, its owner preferred not to leave the money in the bank, since in Brazil we had already gone through several economic plans (Cruzeiro, Cruzado, Cruzado new, and nothing contained the inflation that reached more than 70% per month) at the time he ordered this model which was the last one with an orange chassis and they wanted to deliver to him the 1996 model that was starting to come out with a black chassis, after a lot of waiting and discussion he got the model exactly as he wanted, 1618 yellow with orange chassis, you will see in the photos that the chassis is covered with a tarp.

Another curiosity is this tree planted in the back, which now will need a lot of juggling to get the truck out or ask permission from Ibama to be cut!! 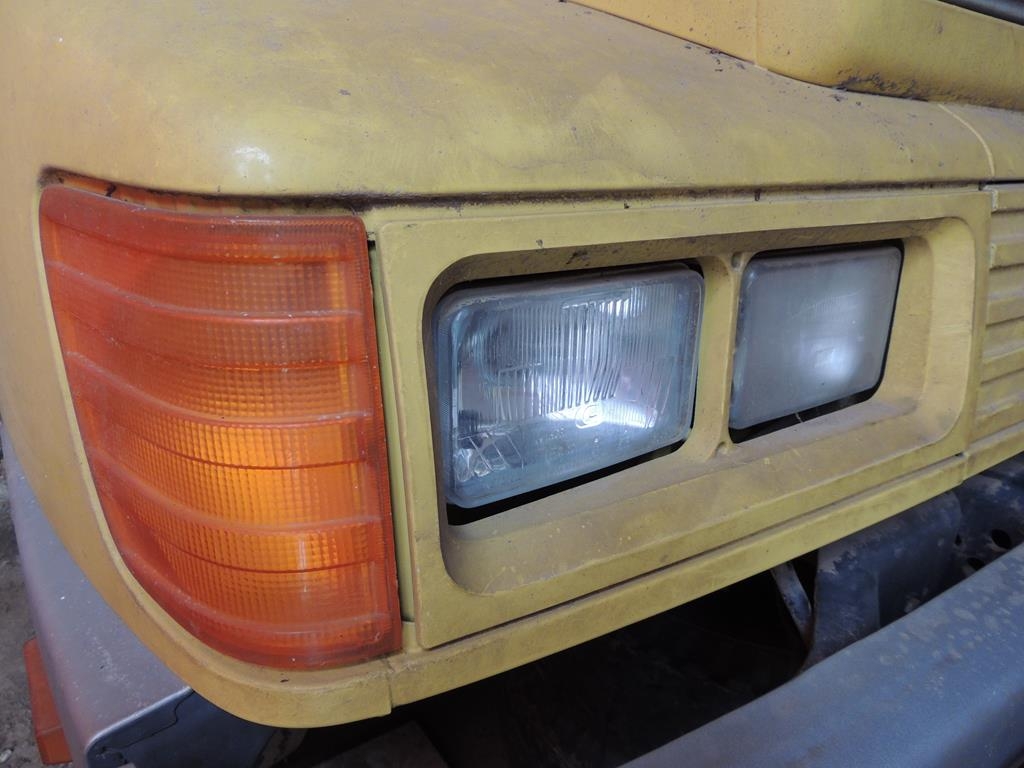 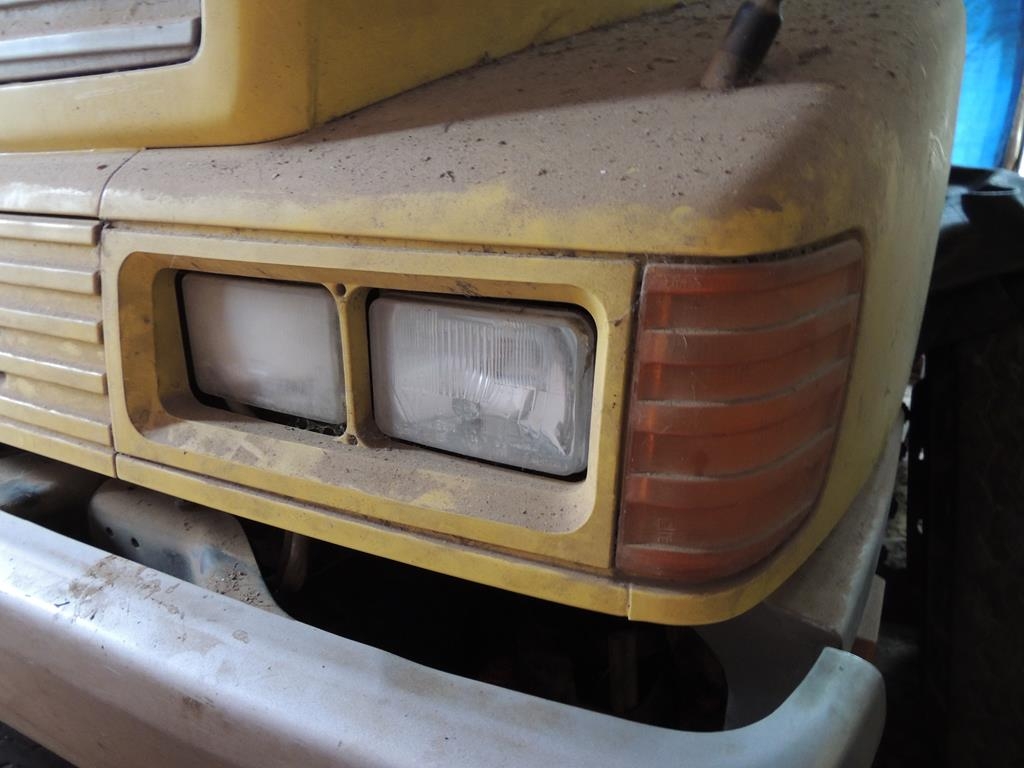 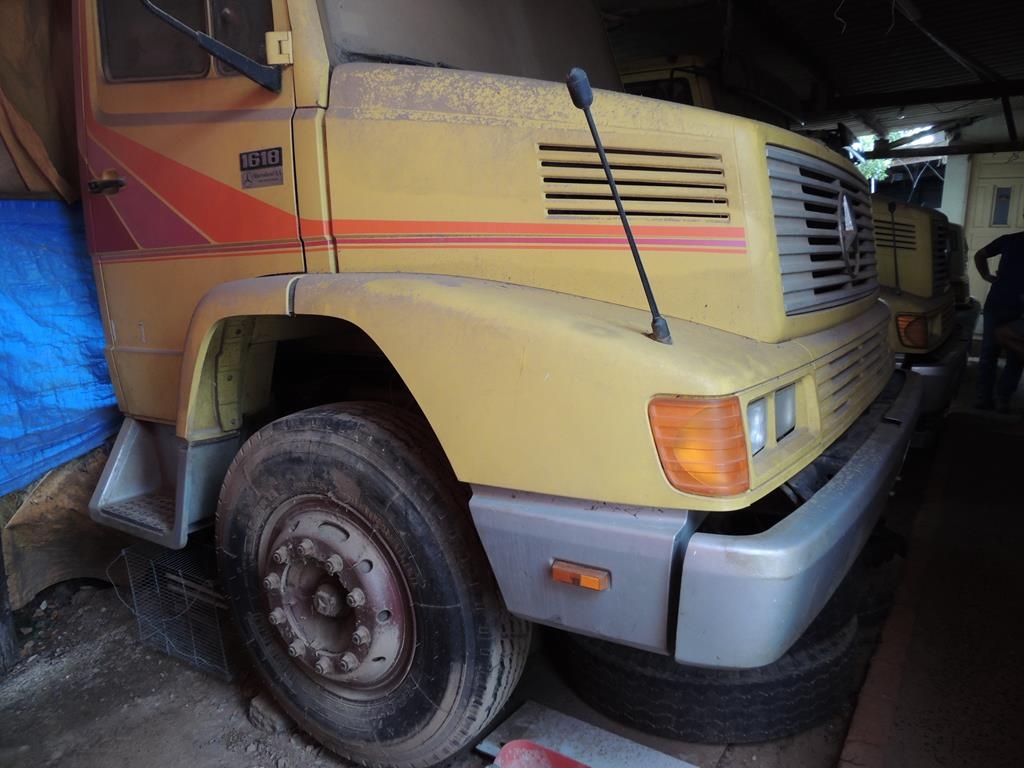 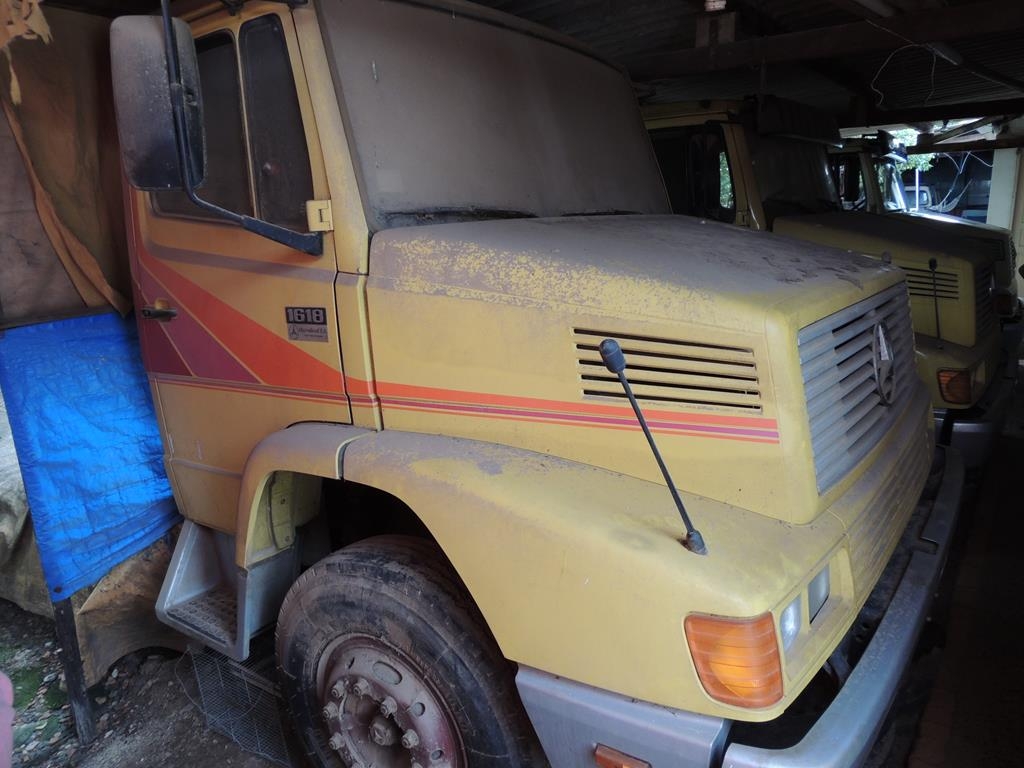 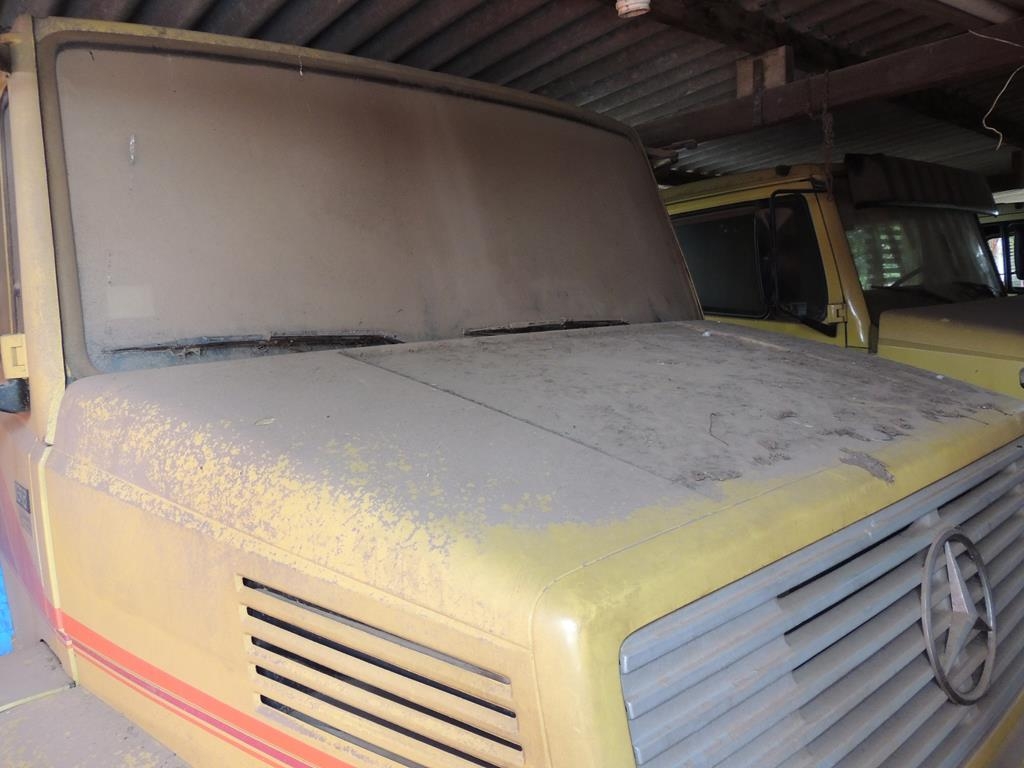 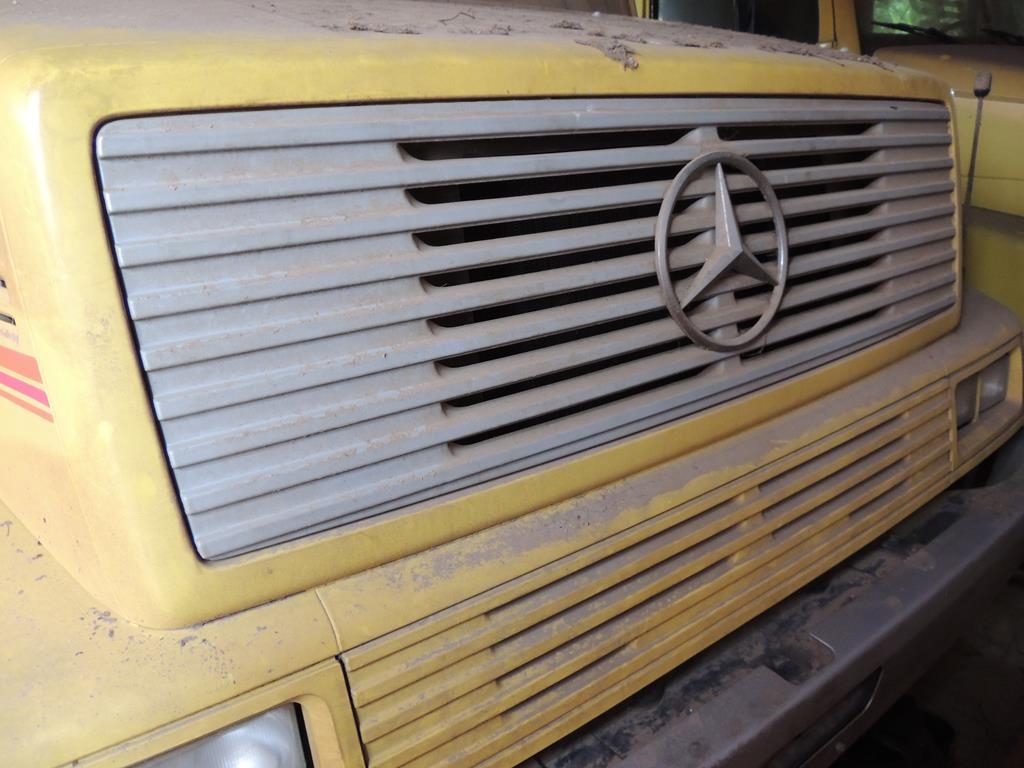 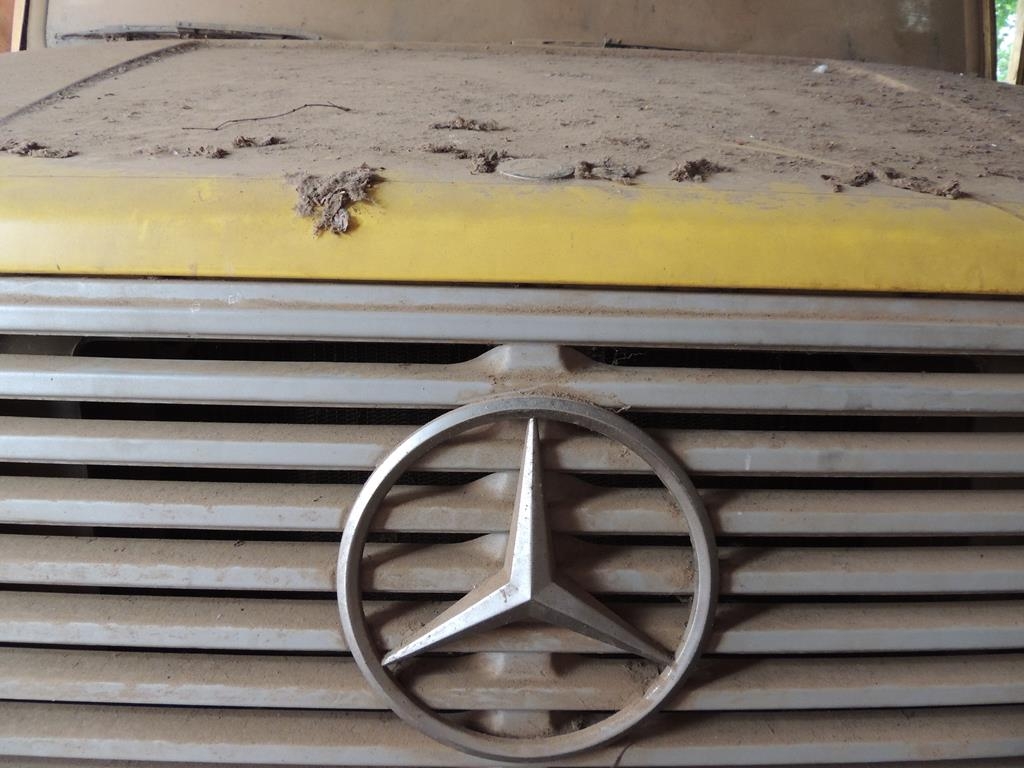 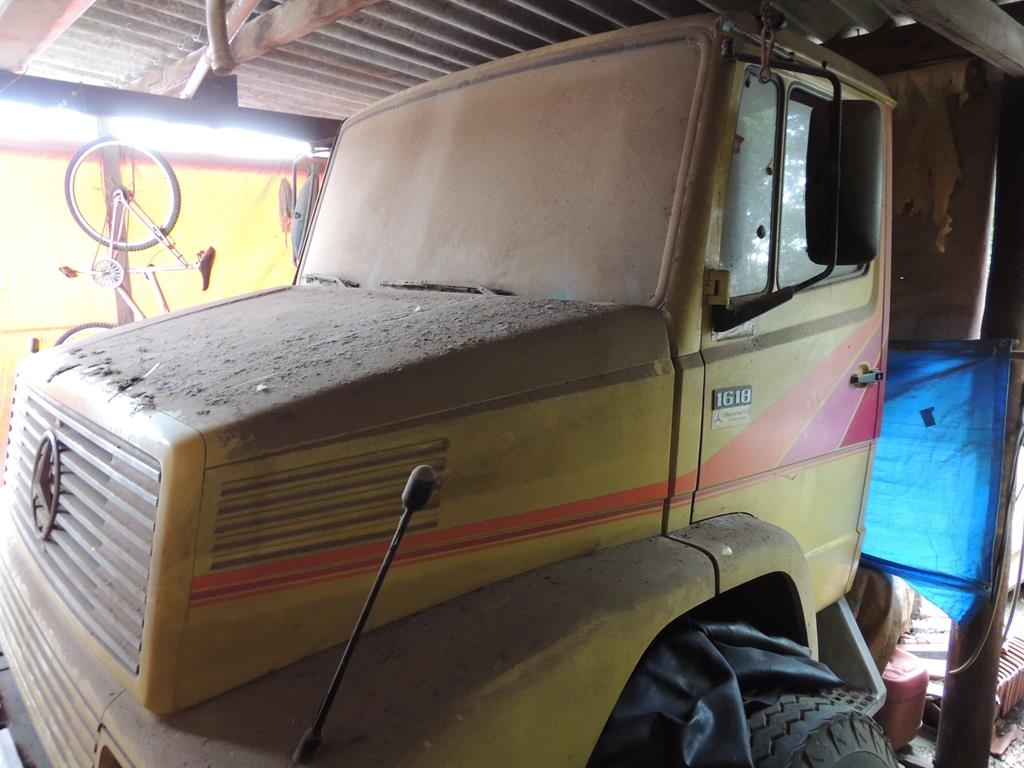 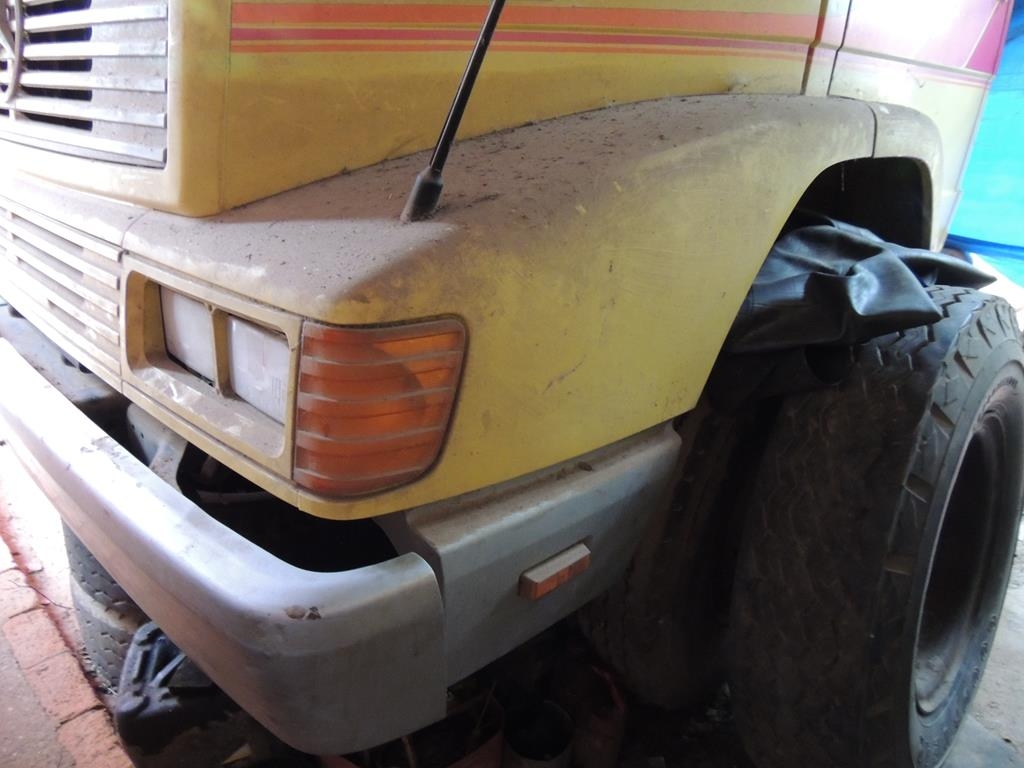 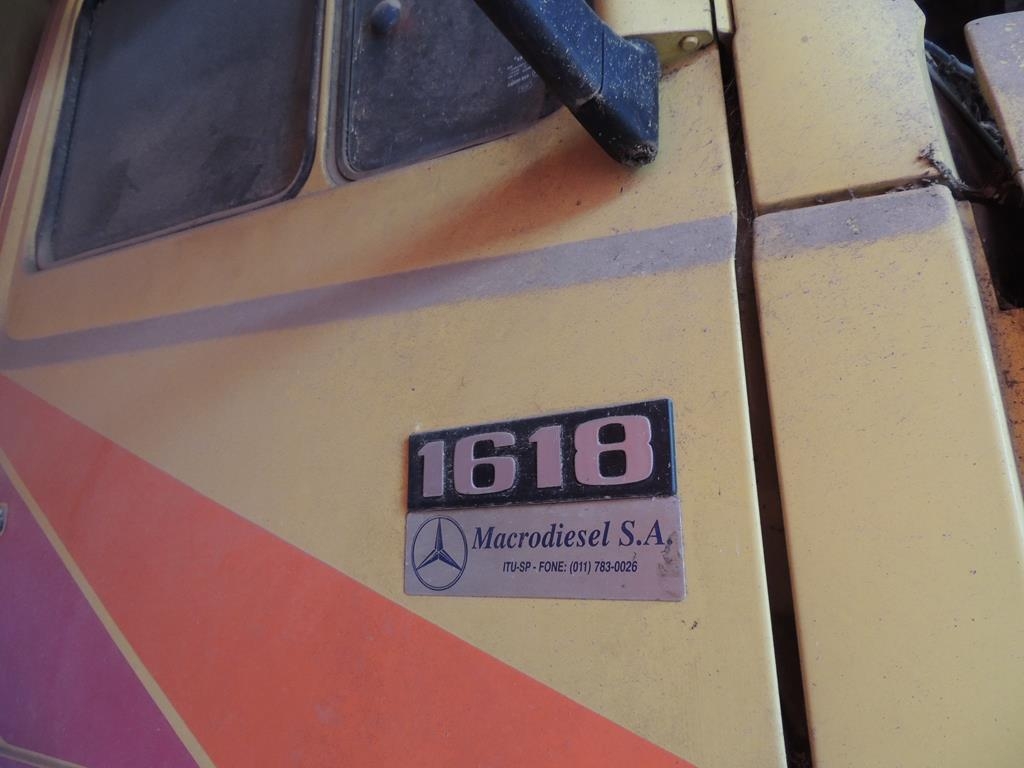 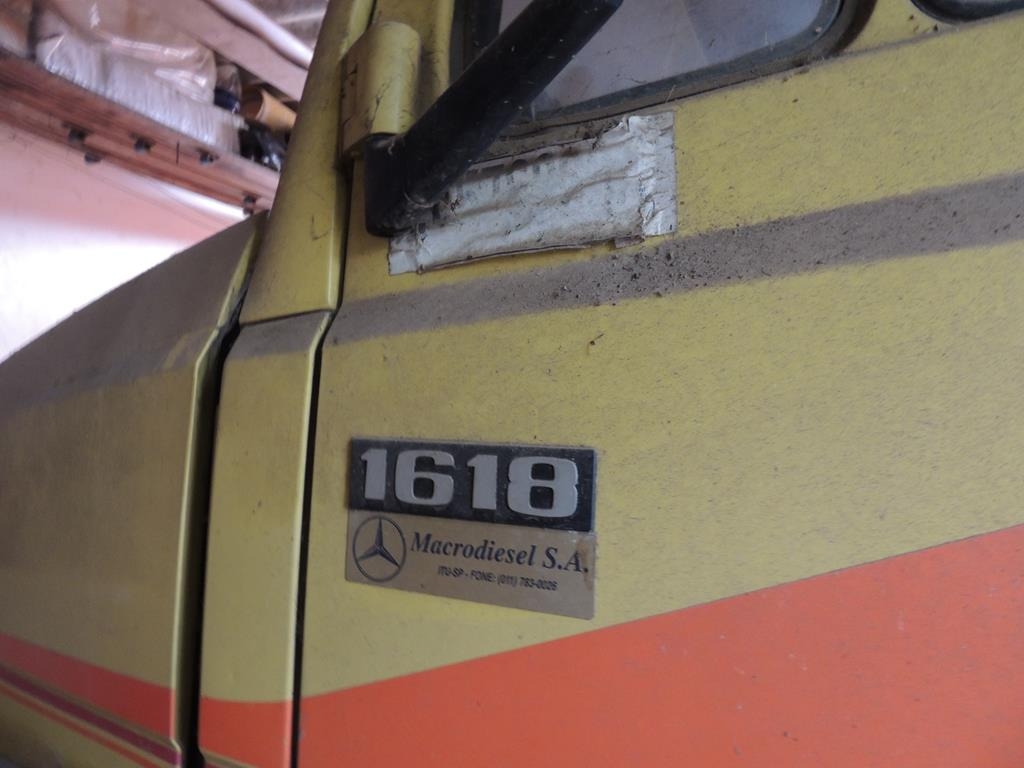 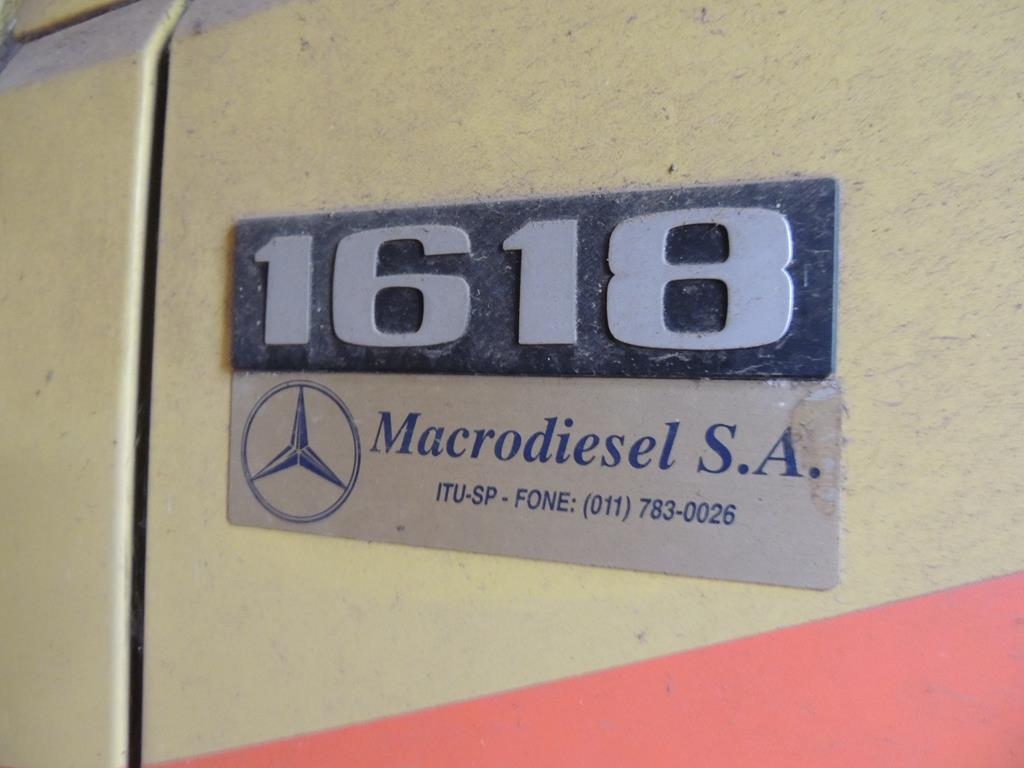 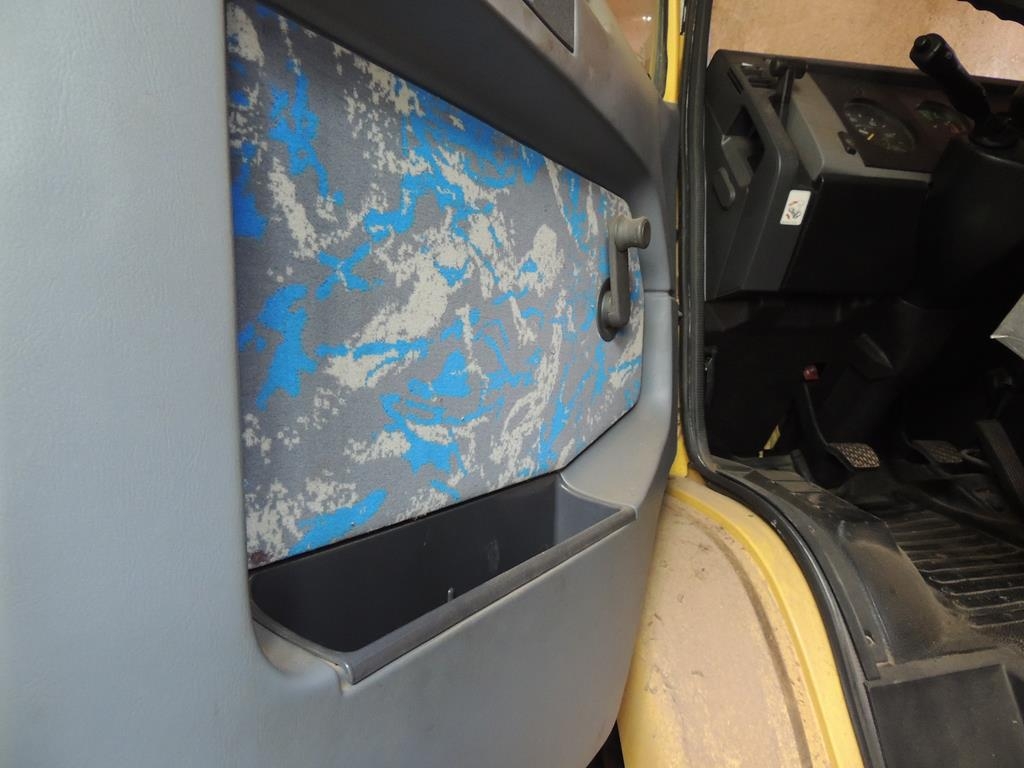 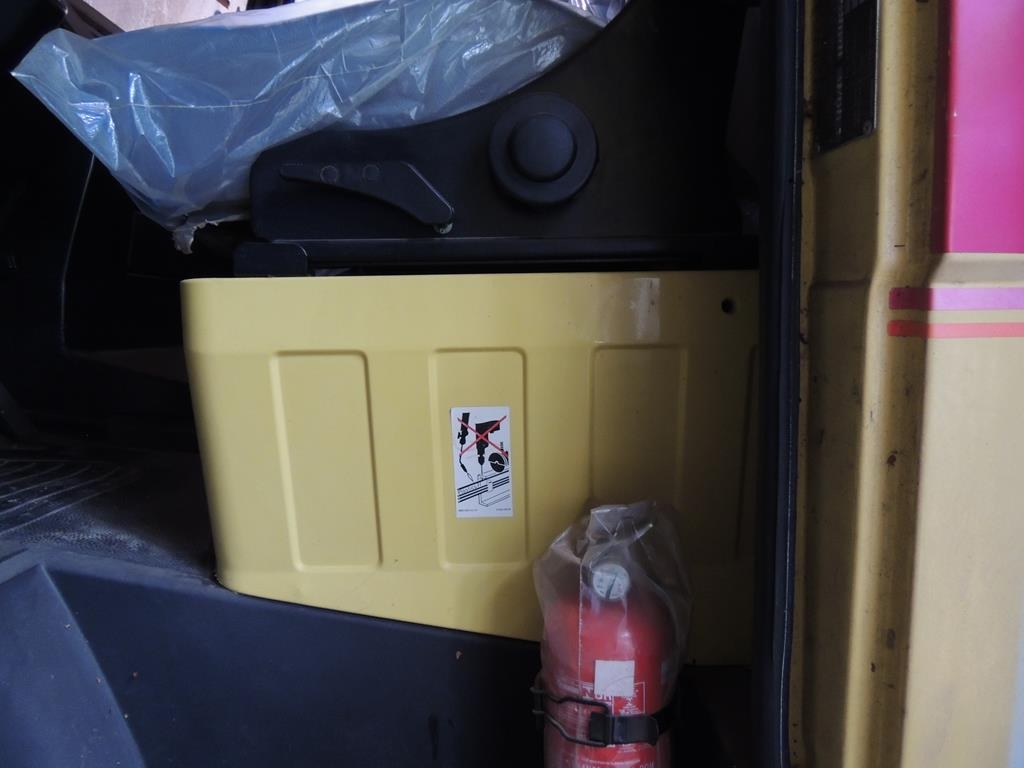 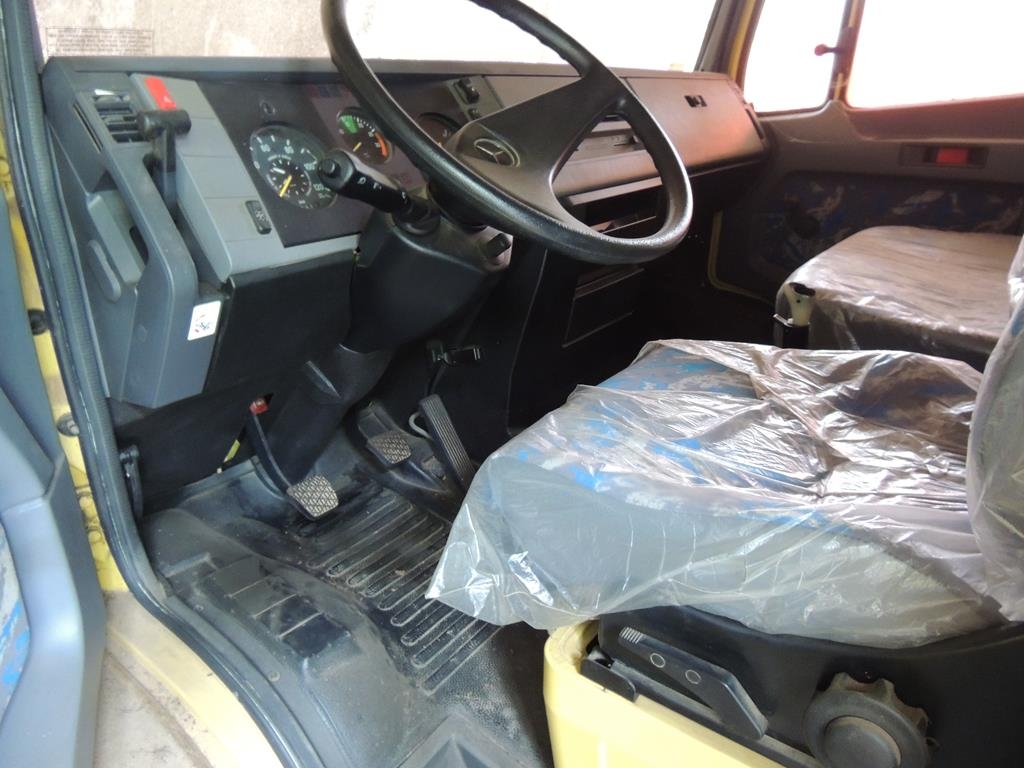 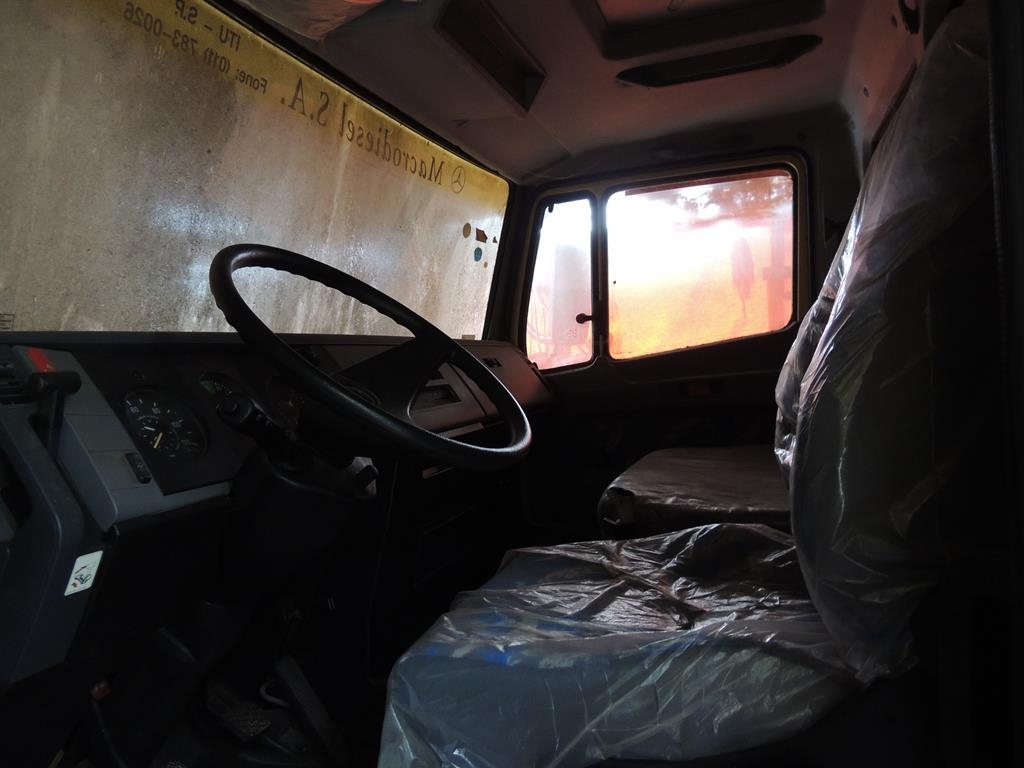 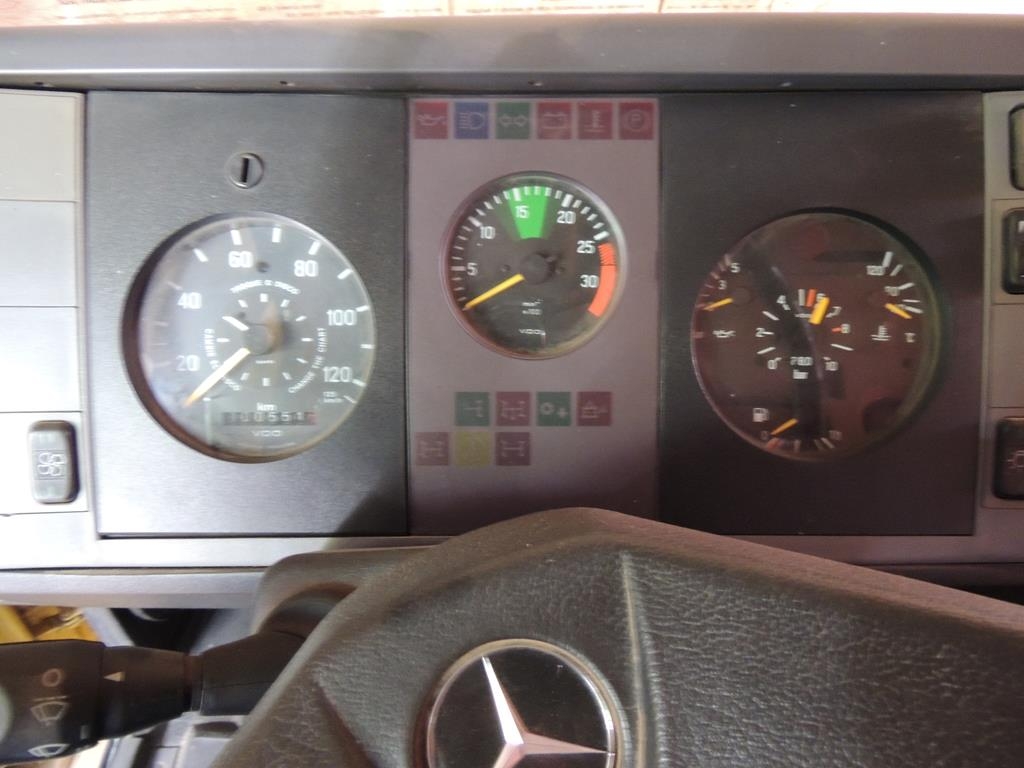 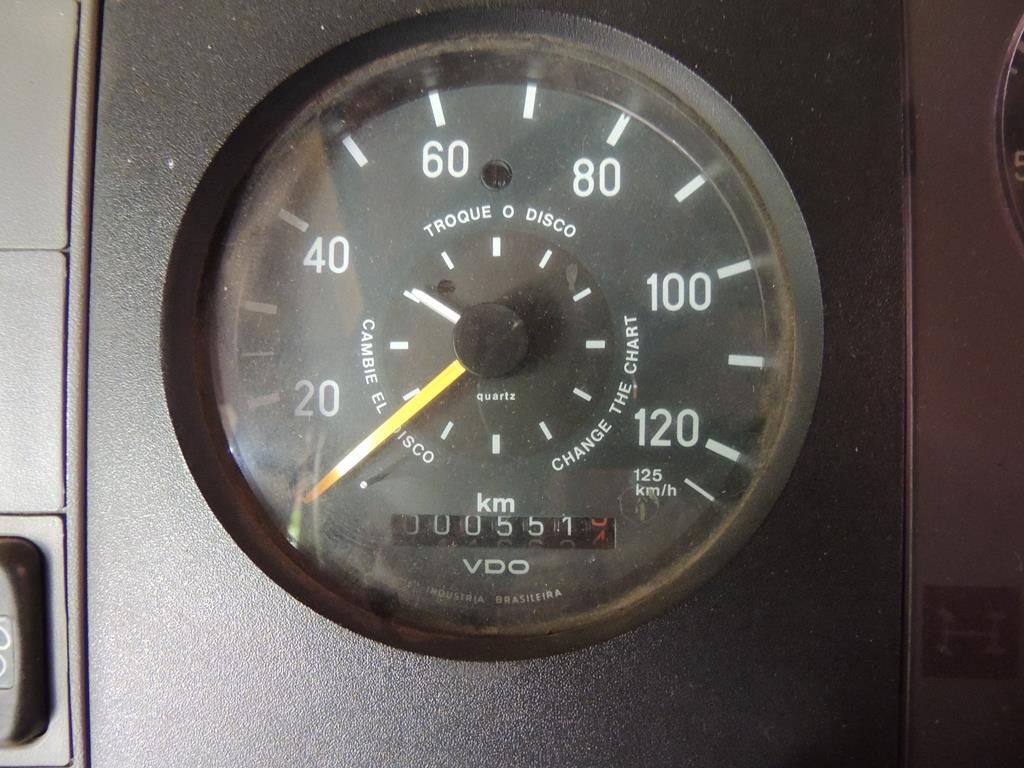 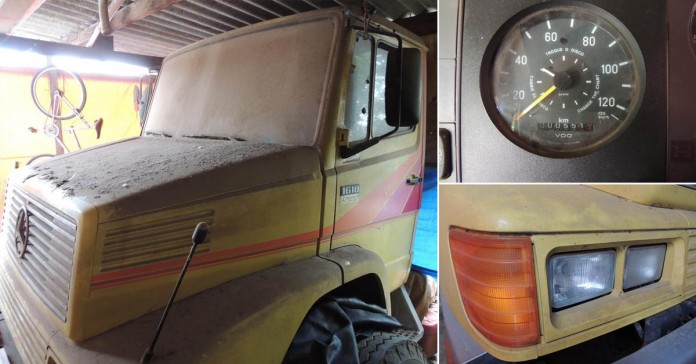