The store owner said, "We wanted to make sure he got every penny

When Andreas Flaten didn't receive his last paycheck from a former employer in January of last year, he complained, calling the US Department of Labor to file a salary theft charge. The employer responded immediately by leaving over 91,000 cents in his garage in Fayetteville, Georgia.

Now the US government is suing the company, arguing that the act constituted illegal retaliation.

In a complaint filed in federal court in Georgia, the Department of Labor accuses OK Walker Autoworks and its owner, Miles Walker, of more than just pettiness.

The lawsuit alleges that the auto repair shop stole the money they owed them from its workers. The lawsuit accuses the company of “repeatedly and intentionally” failing to pay an hour and a half for overtime, instead relying on a flat rate of pay, regardless of whether someone works more than 40 hours a week.

OK Walker Autoworks did not respond to a message asking for clarification.

The fact that happened in March 2021 – along with the complaint that preceded it – seems to have prompted investigators to take a look at the store's finance books.

“I honestly didn't think anything would get done,” Flaten, 27, said in a phone interview with Insider. He didn't expect much when he argued that his salary had been stolen. What has happened since has restored some of his faith in the government, and he thinks it should be a lesson to other workers who find themselves in a similar position.

“They definitely shouldn't be afraid to reach out,” he said. "Say it louder. Don't be quiet about it. Because if you keep quiet about it, it will continue to happen to you and everyone else.”

The saga began in January 2021, when Flaten called the Department of Labor to say that US $ 915 was missing, according to the complaint. Shortly thereafter, on January 27, 2021, a representative from the department's Wage and Hours Division called the company to find out what had happened. The suit says Flaten's former employers were defiant at first, saying they wouldn't give him a dime.

Hours later, however, Walker, the owner, decided he would pay it off at the end of the day – one cent at a time.

“How can you make this guy realize what a disgusting example of a human being he is,” the suit quotes Walker as saying before adding, “You know what? I have many cents; I will use them.”

Court documents say that “in addition to the mountain of coins, the defendants left a copy of Mr. Flaten with an expletive written on the outside.”

The only point of contention is how the cents came to be coated in oil. The company says it didn't; Flaten says there's still a stain in the garage.

The company dedicated a page on your website, in which it opposes “cancel culture” — after the incident went viral, the company’s online reviews plummeted — and urges readers to “stand up against the tyranny of an authoritarian government.” He also seems to complain about Flaten.

Flaten said he wasn't too bothered by any of this. "you just have to ignore it". 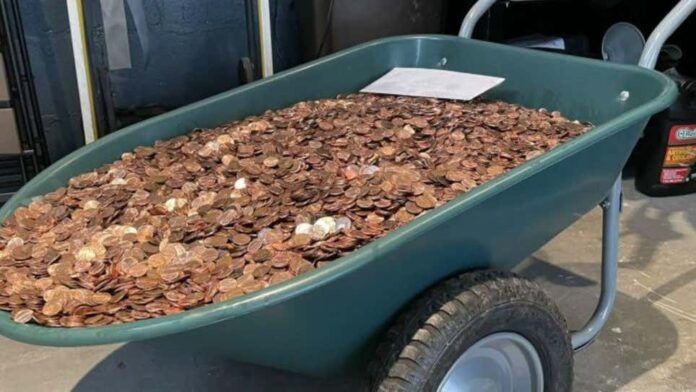 previous articleOld car names that are still successful today
next articleVIDEO: Kadett with 1250 horsepower is the fastest in the world
Related
cars