not long ago, images of a Mercedes-Benz Atego truck, dump truck, abandoned underwater, aroused the curiosity of internet users in a group on facebook.

If there's something that arouses curiosity, it's stories of abandoned places and objects, since in a planet ruled by capitalism, everything that was left aside, has a reason.

But how and why was this Mercedes-Benz Atego dump truck abandoned? 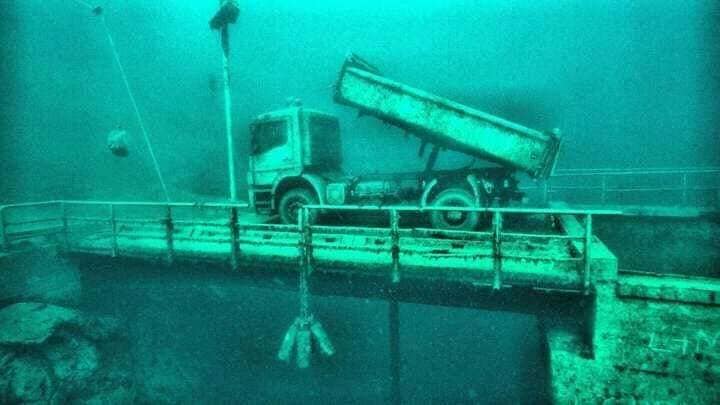 The photos of the truck were taken on a lake in the city of Hemmoor, Germany.

The city of Hemmoor was home for many years to one of the largest cement factories in the world; Portland Cementfabrik Hemmoor. The manufacturer was built on site because the region is rich in chalk, one of the ores used in the manufacture of cement.

Some regions, with greater amounts of the ore, were excavated to their maximum – forming gigantic craters.

In 1983, cement production in the region ended for economic reasons. The large excavated crater began to present a structural risk to the region, as there were several underground water channels around it.

Six years after the closure of economic activities in the place, the water took over the large crater, forming a lake of 33 hectares, 60 meters deep and which was named “kreidesee”, in Portuguese “Lake of Chalk”. 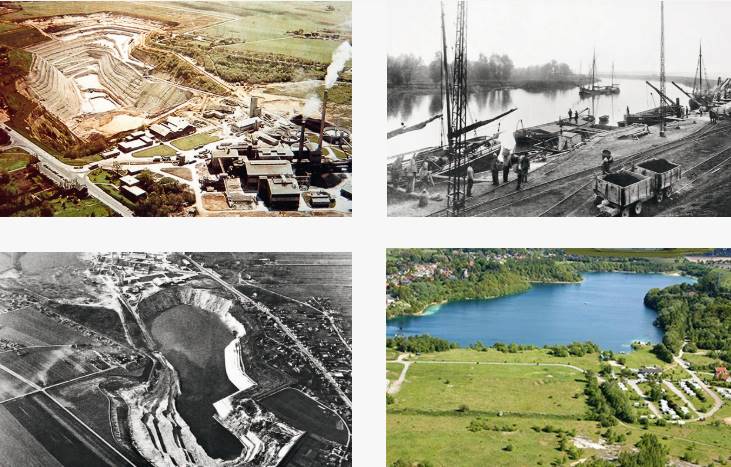 Years after the formation of the lake, divers decided to explore the place and were surprised by the aquatic fauna and flora present in the crater. In addition, machinery and structures left over from the factory, which were left in place, formed a full plate for the explorers.

With that in mind, a diving company was created on the shores of Lake Giz, transforming the place into one of the city's tourist attractions.

To attract even more visitors, the diving company decided to purposely sink several vehicles and objects at the bottom of the lake. In addition to planes, cars, statues and boats, a Mercedes-Benz truck, an Atego model, was submerged in the crater. 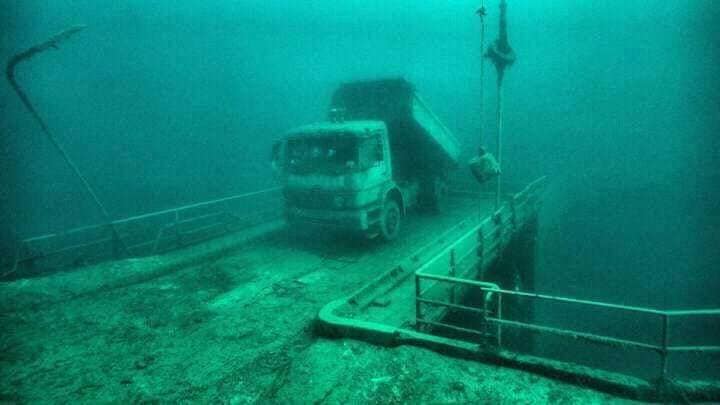 In 2017, some divers began tampering with the truck, including pulling out parts or even trying to get into the vehicle. To avoid possible accidents with the vehicle, the company responsible for the lake, decided to remove the vehicle from the site.

Amazingly, when it emerged to the surface, the vehicle was intact. With the movement of the water, the algae that were stuck to the outside came off and the painting became visible.

Back to the bottom of the lake:

The decision to take the vehicle out of the lake displeased many divers who visited the site, for this reason, in mid-2018, the company decided to return the vehicle to its location inside the trailer, where it remains to this day. 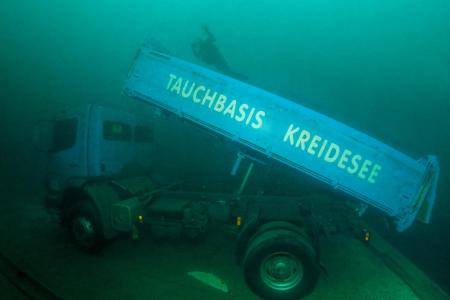 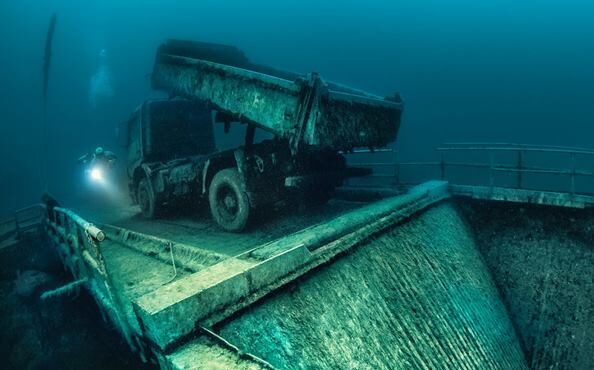 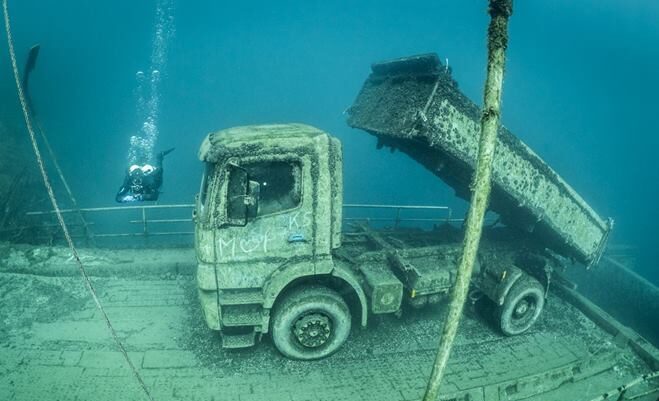