O An-225 is the most extreme cargo plane in the world, built by Antonov Design Bureau, a Ukrainian company that manufactures aircraft. The An-225 is the largest fixed-wing aircraft in the world. The design, built to transport the Buran spacecraft.

O Antonov An-225 it is commercially available to transport large loads, due to the unique size of its cargo compartment. To get an idea of its size, it could easily hold more than fifteen hundred people. In addition, it can, as already mentioned, carry loads on the outside and on top of the fuselage.

These are commercially available to carry excessively heavy and large loads, up to 250,000 kg internally, or 200,000 kg in the upper fuselage area. Cargo on top of the fuselage can be up to 70m long.

On February 14, 2010, the AN-225 was hired by Chapman Freeborn Airchartering (British air freight company), in the service of Petrobras. It landed at São Paulo International Airport, Cumbica at 10:00 LT, transporting three gigantic valves to the Paulínia REPLAN Refinery. Before the trip to Brazil, the An-225 transported from Tokyo to Santo Domingo, about 110 tons of civil construction equipment and supplies donated by Japan to help rebuild Haiti. 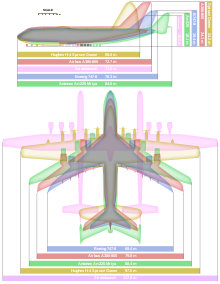 Cargo zone would fit the equivalent of: 1,500 people

Check out the video below: 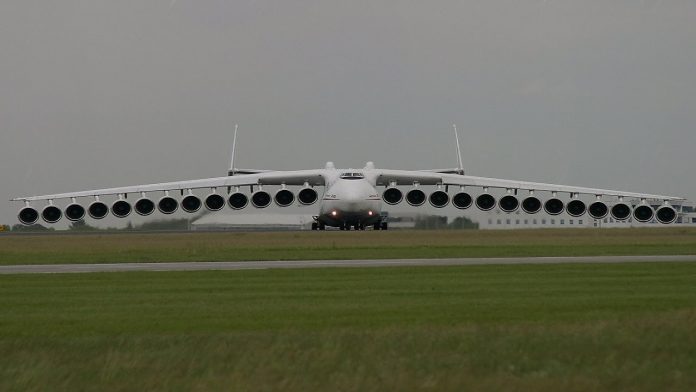