There are certain cars from the past that deserve a modern successor. Apparently, a designer who goes by the name of rob3rtdesign is of the same opinion, as he decided to take the Brazil-exclusive Volkswagen SP2 and turn it into something that looks more like an epic side project.

While some designers go the extra mile to provide some imaginary specs, rob3rtdesign did not consider it necessary. That said, we're pretty sure that if SP2 is making a comeback, it will be in the form of an EV.

This isn't the artist's first SP2-based render, but it's one of the most interesting, as the renders took an old SP2 and turned it into a homage.

Renders include serious modifications such as flared fenders, Fuchs-inspired wheels and the iconic ducktail, that we're used to seeing on classic 911 models, and some of its modern incarnations, like the 997 Sport Classic. There are also halo headlights, which are an obvious nod to RUF and its subtle, modern touches.

Other touches include the chunky dual exhaust tips, as well as the fuel tank cap positioned centrally on the “frunk” cap that is present on older race-spec versions of the 911. The entire rear, in fact, looks like a classic Porsche 911 that has been reimagined and modernized.

The Volkswagen SP2 is a car, largely forgotten by the geopolitical factors that surround Brazil. Fortunately, the Brazil-exclusive rear-engined German coupe is getting the attention it deserves, and over time, we could see epic engine swaps in that. Imagine one of them with a 911 GT3 engine. The renderings of rob3rtdesign seem particularly robust and can be the inspiration for many future projects. The designer even has a YouTube channel, which brings the renders to life, making them look real. For now, we can only dream. 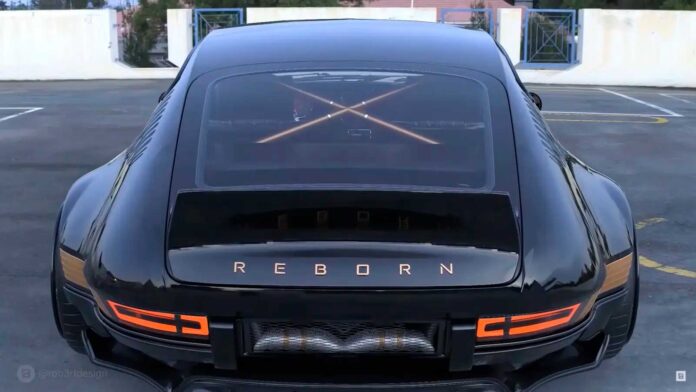