Designer Danni Koldal turned a 1961 Volkswagen Beetle into a matte black roadster that Bruce Wayne could easily ride in any Batman movie. Modifications included a new paint job plus the removal of certain parts of the car, resulting in a luxury roadster. 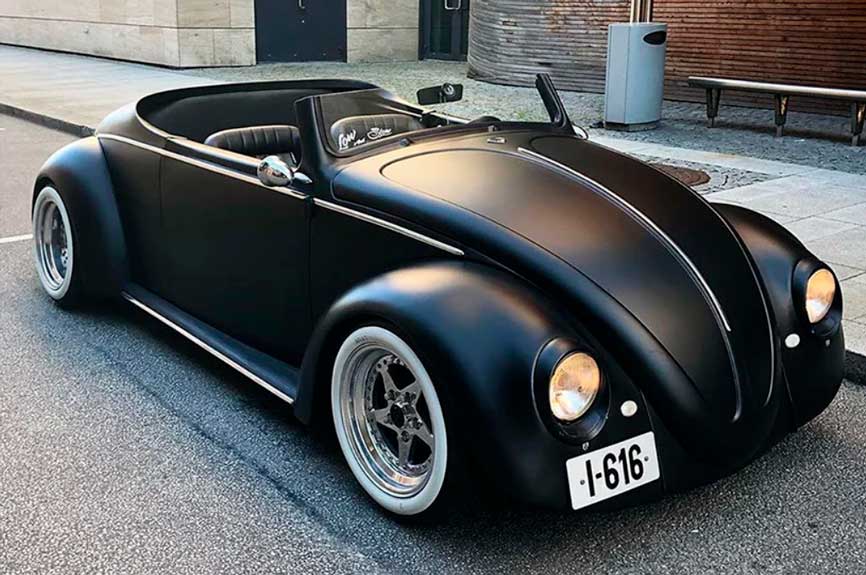 For this entire VW Beetle makeover, Danni Koldal removed the original chrome bumpers and also the bumper-mounted turn signals. The Beetle was also lowered and the rear-view mirrors were replaced by models that look like torpedoes. A very interesting detail is the windshield that was cut, which combined with the fact that the roof was also removed. 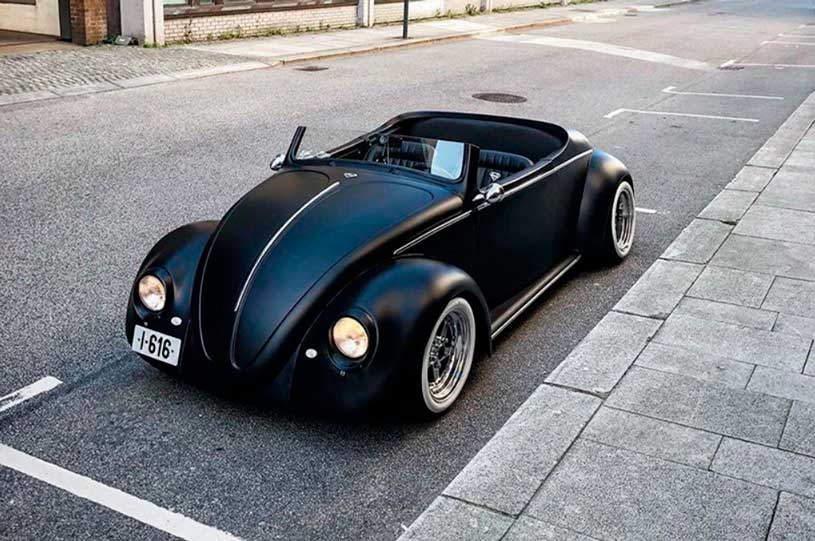 To add more aggression, Koldal added large white wheels that matched elegantly with the silver-white finishes on the doors and hood. 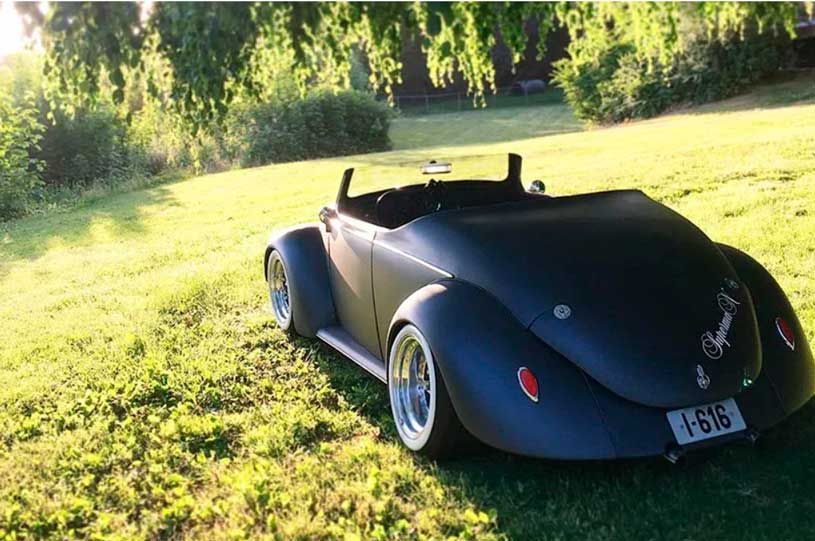 Inside, the car was given a more minimalist approach, reduced to just the essentials. The dashboard only features a single gauge displaying speed and distance travelled. 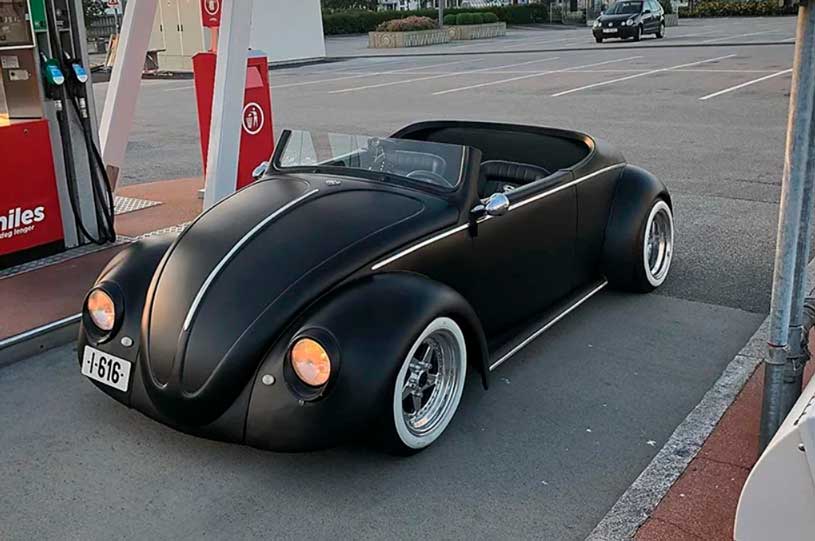 Additionally, a radio and some retro indicator buttons complete the overall look. Black leather seats not only enhance your comfort, but also your elegance. 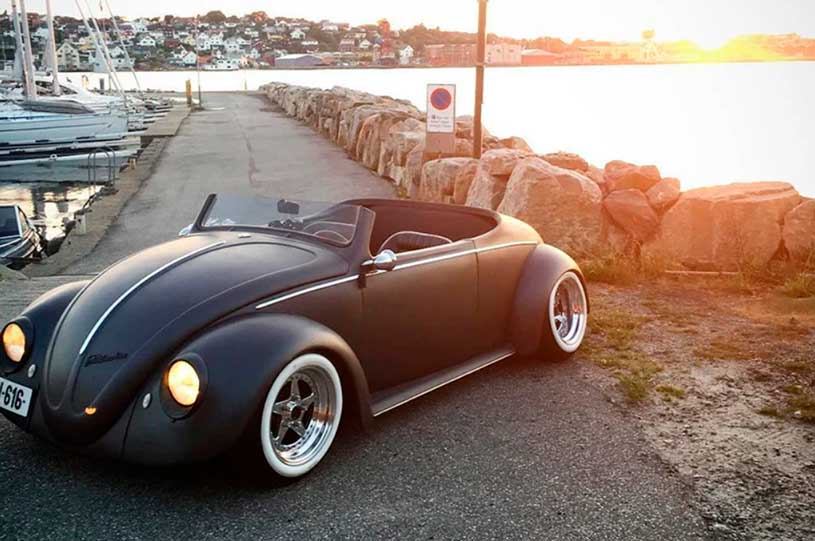 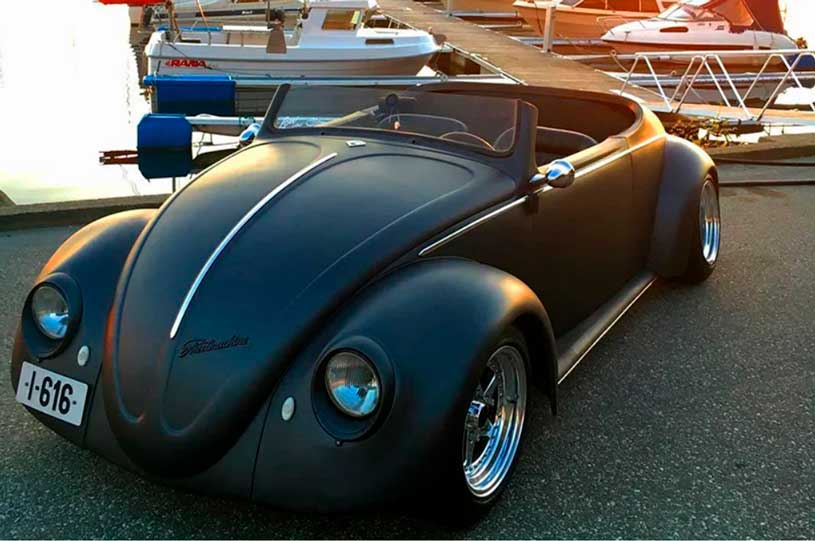 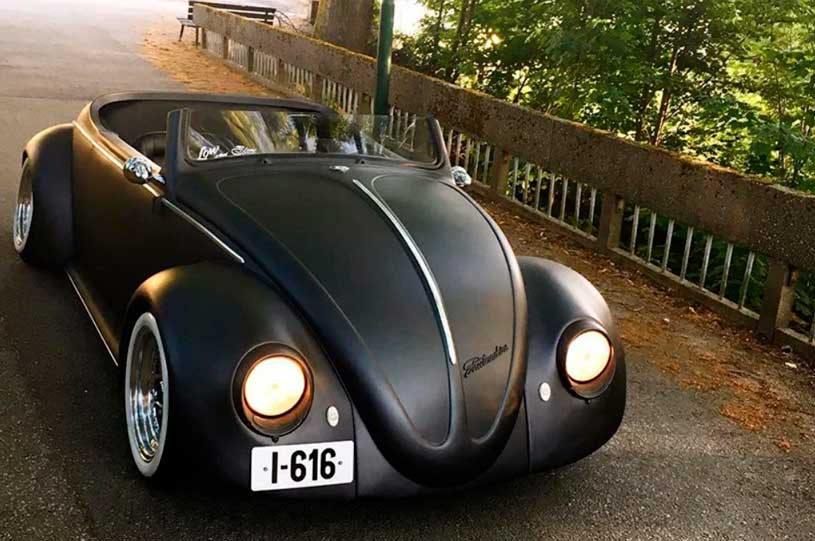 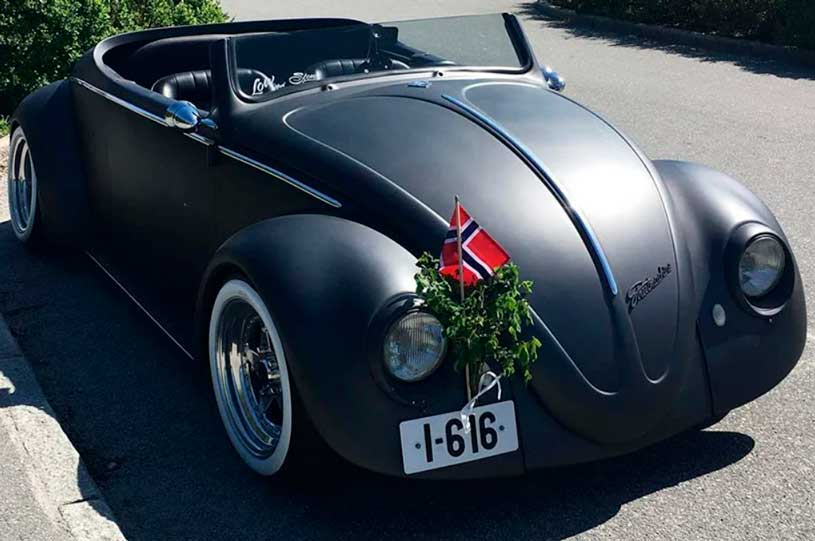 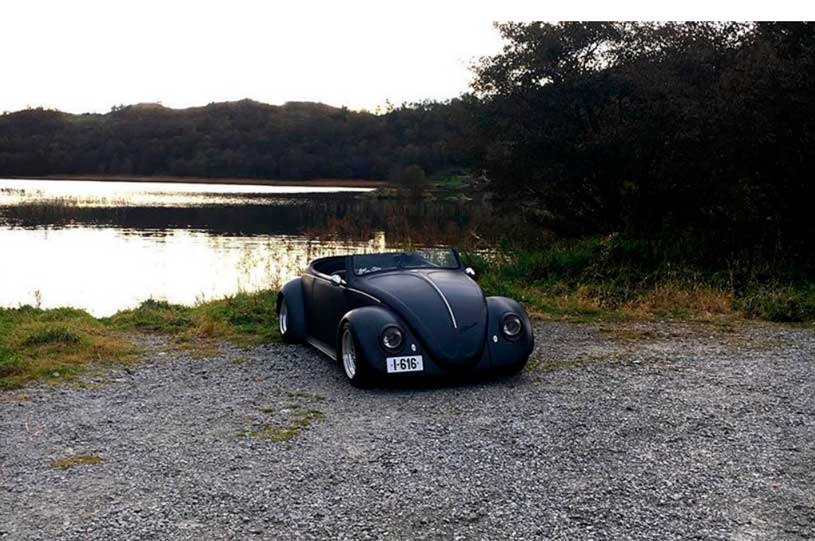 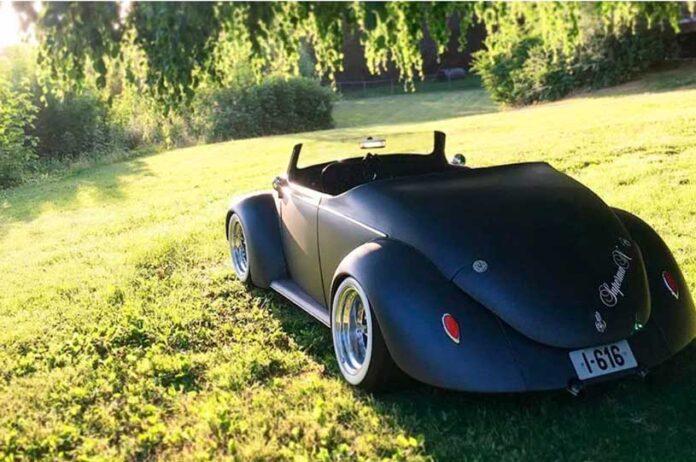