Will the new legend Yamaha RD 350 Naked 2024 will it be resurrected? Anyone who rode a motorcycle in the 80s will never forget the Yamaha RD 350, The "Black Widow“, which reached 200 km/h at the time, something big and dangerous. With 39 hp of power, the RD (from Race Developed) with “candy red” paint, the preferred one, was very quiet up to 5,000 rpm. But after that, the YPVS valve I opened the intake fully, the two cylinders of the bike screamed with torque and the front of the bike went up to third. The brakes never held up under braking, ever!. As terrifying as it is delicious. 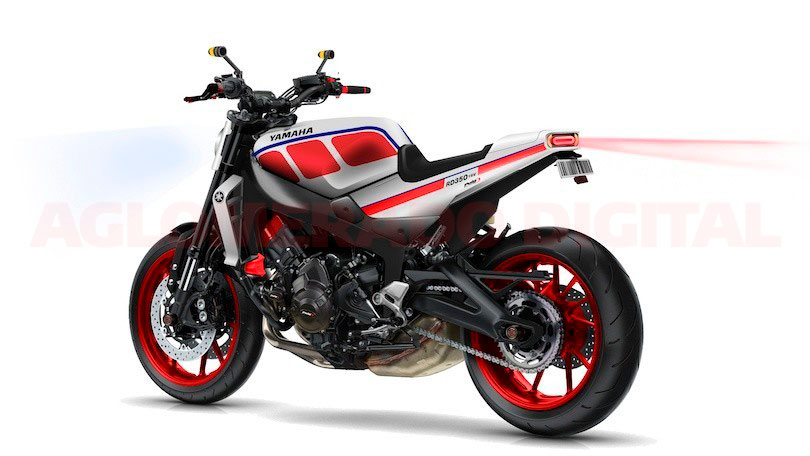 In honor of motorcycle fans, the designer made a projection of what the motorcycle would look like today. This does not mean that the new Yamaha RD 350 Naked 2024 will be released, but also does not rule out the possibility. With the growth of the motorcycle market and the increase in sales of medium models, the legend “Black Widow” could be resurrected to frighten new and old lovers of two wheels.

THE rendering design of what a Yamaha RD 350 today. So, as a base model a Yamaha MT-09. Instead of the original steel frame, the designer used an aluminum double-beam frame. In terms of suspension, this rendering of the Yamaha RD 350 is equipped with an inverted fork.

The brakes are equipped with one-piece radial calipers, while at the rear the motorcycle has a swingarm with the asymmetrical double arm. Also, the suspension and exhaust were taken from a Yamaha MT-09. It appears that some of the components used were actually taken from the company's catalog, meaning they are available for purchase. Other features include a flat, supermoto-style handlebar, while the round headlight is equipped with LED technology.

A detail that draws attention is the conversion of the traditional 2-stroke twin-cylinder engine to a 4-stroke engine derived from the MT-09. In other words, a modern Yamaha Rd 350.

In Australia, a rare Yamaha RZ500N, year 1985, precursor of the RD 350, was found inside its original box. The model, zero kilometer, can be bought for around 35 thousand Australian dollars, the equivalent of R$ 75 thousand. 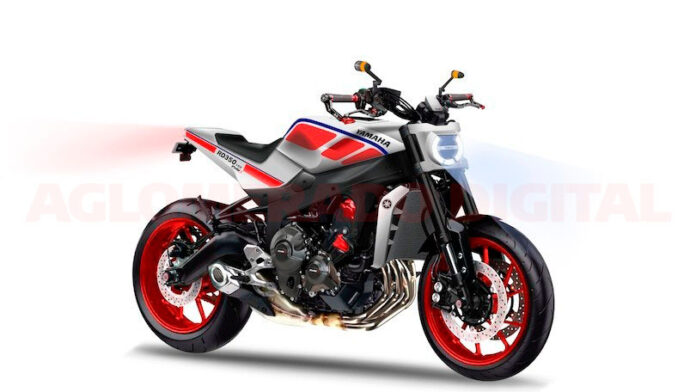